Deities of the Week: Thames & Isis 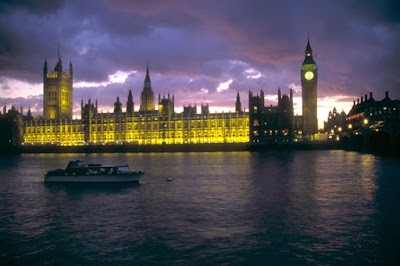 , by Peter Ackroyd, The Bad Witch's Deities of the Week are Thames and Isis.

Most people have heard of Old Father Thames, but you may be wondering what Isis, the Egyptian goddess of magic, has to do with a river in England.

The Thames is an ancient river and the origins of its name are lost in antiquity, but may derive from the Celtic words tam, meaning wide-spreading, and isa, meaning running water. The Celtic word for the Thames was Tamesis. However, as Peter Ackroyd suggests, the name could possibly be far older in origin, from the time of the primordial mesolithic tribes that wandered far and wide. The Sanskrit word tamasa means dark, in the sense of holy or sacred, and there are other rivers of the world with similar names, including the Tamasa, which is a tributary of the Ganges, the Temes in Hungary, the Tamese in Italy and also the Tamar in the UK.

The Thames' has a well-known deity - Old Father Thames. He has long hair and a beard and is often depicted carrying a trident. He is a classic river god.

However, the Eyptian goddess Isis has also been associated with the Thames.This is partly due to the old name for the Thames - Tamesis - and because a 14th century monk, Ranulphus Higden, described the river as being a combination of two tributaries, Thama and Ysa. Although this was probably just a version of the Celtic words mentioned earlier, historian John Leland in his Itinerary (1546) translated Ysa as Isis, and the connection with the Egyptian goddess grew from there.

So, in myth and legend, the river Thames is governed by the union of the male and female deities Thames and Isis. It seems appropriate. Isis is a mother goddess and the benefactress of rivers. She is also a goddess of fertility. Roman effigies of her have been dredged from the waters near London Bridge.

If modern pagans, who honour both male and female aspects in rituals, want to call upon the deities of London's ancient river, then Old Father Thames and Isis do seem appropriate.

The image of the Thames was supplied by http://www.freefoto.com/index.jsp
Posted by Badwitch at 08:01

The part of the Thames that runs through Oxford is also known as the Isis; Wikipedia has more details here.

Thanks for the link!

That would explain why I was sure I remembered hearing about a Thames Isis rowing club. Would that be in Oxford? (he asks, being too lazy to use Google :-))

Doh! I'm an idiot. One quick Google search later reminds me I had forgotten the Oxford and Cambridge boat race on the Thames is between Isis and Goldie. How did I forget that?