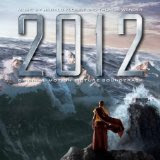 Today is Friday 13 - a day many consider unlucky.

I wrote about Friday the 13th superstitions back in February, on the first Friday 13 of this year. The basic facts are that people consider Fridays unlucky because Christ was crucified on a Friday and think the number 13 is unlucky because there were 13 people at the Last Supper. However, according to insurance companies, fewer accidents are reported on Friday 13 than any other day - perhaps people are being extra careful.

This Friday 13, however, movie makers are drawing on our fears of another date - 2012 - with the launch of the film with that name.

Our concerns about 2012 are making money for authors as well as film companies, as there are thousands of books on the subject, with many different takes on what the future holds. Just a few of the titles listed on Amazon include The Mystery of 2012: Predictions, Prophecies and Possibilities

, 2012 and Beyond: An Invitation to Meet the Challenges & Opportunities Ahead

and 2012: The Year of the Mayan Prophecy

Now I admit I haven't read any of those books. My shelves are already burdened with too many old books on prophecies the world has already outlived - I certainly don't need more trees to die in the cause of soon-to-be-obsolete predictions.

What I do believe is that there are many threats in this world that could cause future disasters, and that taking action now could change what will happen in the years to come.

So I won't be going to watch 2012 and more than I'll be buying any of those books on it. I think I'd rather watch another disaster movie I've been hearing good things about - The Age of Stupid.

This film, which was released in UK cinemas on 20 March, is about a man living alone in the devastated future world of 2055, looking at old footage from 2008 and asking: why didn’t we stop climate change when we had the chance?

From the reviews I've read, it has more chance of happening than anything in the movie 2012.

And, as with our fears about Friday 13, if we are extra careful about not wasting the Earth's resources, perhaps we might avert disasters that would otherwise have occurred.

, which is available through Amazon

Another link with Friday the 13th is that traditionally that was the day when the Knights Templar were arrested across Europe.

Yes, that is definitely an interesting legend (and maybe the Friday 13 bug has affected my typing because the first time I tried to post this reply the typo gremlins got me :) )

I confess that I do love a good disaster movie, so I'll probably go see "2012." But I'm with you on the whole prophecy-of-the-moment overload. As a child growing up in a very fundamentalist Christian environment, we had our own versions of impending Armageddon--any day now! Of course, time passed, Christ hasn't returned yet, and the world still turns. So I'm equally skeptical when anyone starts predicting the end of the world. It all may come to an end some day--I just hope that, at least while I'm alive, I can try to make my own little corner one full of love, peace and harmony.

Thanks Riverwolf! Keeping a corner of the world full of love, peace and harmony is well worth striving for.