Festival of the Week: Earth Hour 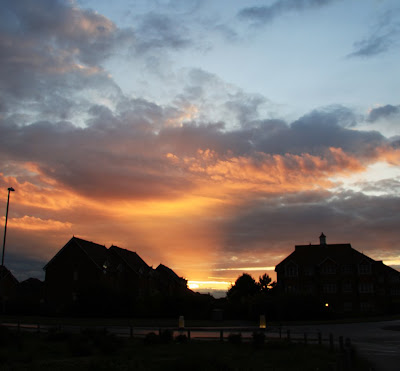 At 8.30pm on Saturday 26 March, lights will switch off around the globe for Earth Hour and people will commit to actions to save our planet that go beyond the hour.

Earth Hour is an annual event, but in 2011 our thoughts are particularly going out to the people of Japan during this incredibly challenging and sad time for their country following the earthquake, tsunami and incidents at nuclear power stations over the past weeks.

And because this is such an important time for people all over the world to think about the Earth and the implications of our own actions on the environment, I have chosen Earth Hour as The Bad Witch's Festival of the Week.

Earth Hour started in 2007 in Sydney, Australia, when 2.2 million people and more than 2,000 businesses turned their lights off for one hour to take a stand against climate change. A year later Earth Hour had become a global sustainability movement with more than 50 million people across 35 countries participating. Global landmarks such as the Sydney Harbour Bridge, CN Tower in Toronto, Golden Gate Bridge in San Francisco and Rome’s Colosseum stood in darkness, as symbols of hope for a cause that grows more urgent by the hour. Earth Hour has become a bigger event each year.

Earth Hour 2011 will take place on Saturday 26 March at 8.30pm (local time). This Earth Hour people are being asked to go beyond the hour, so after the lights go back on think about what else you can do to make a difference.

If you are in London this weekend, you can take part in Earth Hour with the Pagan Federation London, which is organising a candle-lit walk by Thames and a healing magic rite to help the people in Japan.

To take part in this, meet at the main entrance of London Bridge railway station by 8.15pm. Bring a candle (preferably an environmentally friendly natural wax candle) in a jam jar or lantern. From there, Mani Navasothy of PF London will lead a walk along the Thames to the Millennium Bridge, which should take 20 minutes. Outside the Tate Modern or on the Millennium Bridge itself, there will be a 10-minute healing ceremony by the Thames.

There is no need to prebook your place, just turn up. If you want more information, visit the PFL website at http://www.pflondon.org/, email Mani at mani@pflondon.org or call 077689 41373.

The picture at the top of dark houses at sunset was taken by myself. The picture right of an Earth Wizard is from an eco-friendly bookmark, available from online pagan retailer Pagan Magic.