A Party to Celebrate the Return of the Walrus 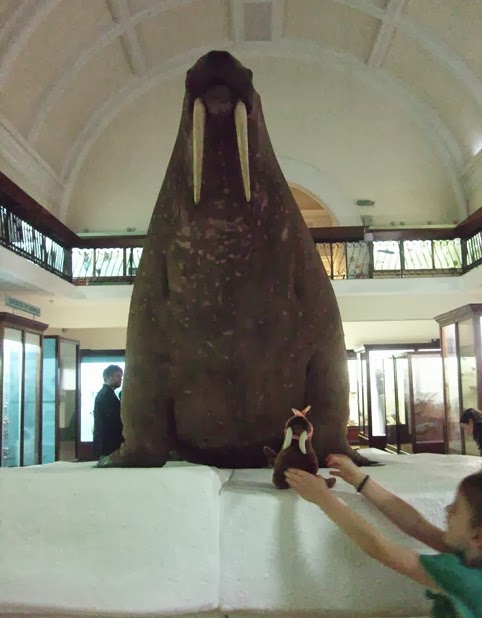 If you read my blog regularly then you'll know I won a photo competition recently. It was run by the Horniman Musuem, in Forest Hill, to coincide with it loaning a very large stuffed walrus from its collection to The Turner Contemporary, in Margate. The competition involved taking a cute toy walrus on holiday and photographing it. I blogged about my entry here.

Here is the very nice email I got after I found I was one of the winners:


Congratulations on being named a category winner! I hope you have seen the full coverage of winners on the website. We've been really touched by the level of support for our walrus's summer 'holiday' in Margate - thank you for entering the competition! We thought your photos of the Walrus visiting UK landmarks were brilliant, and the one with the cows in particular made us grin.

Now that he's about to return to his iceberg in Forest Hill, we'd love you to join us at a welcome home tea party in our Conservatory on Thursday 26 September to see the walrus back in his usual 'habitat'.

And here you can see some of the photos I took at the event. At the top is the walrus, back on his iceberg in the museum (you can just see overall winner Josie Horneff reaching towards her toy walrus, Wilba, next to his bigger cousin).

The photo at the bottom shows people admiring the winning photo at the tea party in the conservatory and the one on the right shows some of the walrus cupcakes we enjoyed. They were chocolate and lemon drizzle, not actually walrus flavour, I should add :)

After tea, keeper of natural history Joanne Hatton gave a talk about the walrus. Apparently he has been part of the museum's displays since its very early days and was originally accompanied by a stuffed moose and a polar bear. Joanna had spent some time trying to trace what happened to them.

She discovered they were sold to a company that traded in vintage items in 1948, because at that time taxidermy was unpopular and the museum no longer wanted to display large stuffed beasts. From the trading company, the moose and bear went to a photographic studio in Southend.

Joanna has not yet been been able to find out the name or address of the studio - and she would love to hear from anyone who might have old family photographs taken at a Southend studio featuring the animals. If you have any, then please contact the Horniman Museum or email me at badwitch1234@gmail.com and also leave a comment below this post. 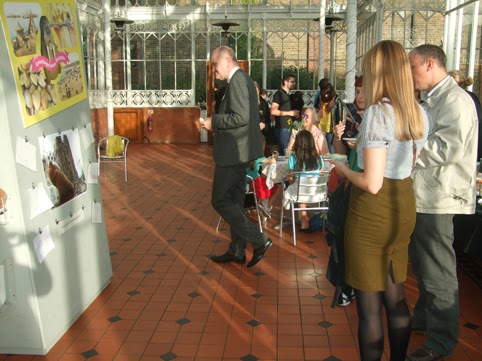 Keep up the wonderful work , I read few articles on this web site and I conceive that your blog is very interesting and has circles of fantastic information.