Seriously Staked: A Day with the Vampires 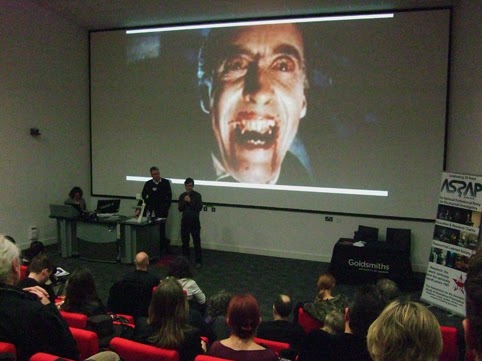 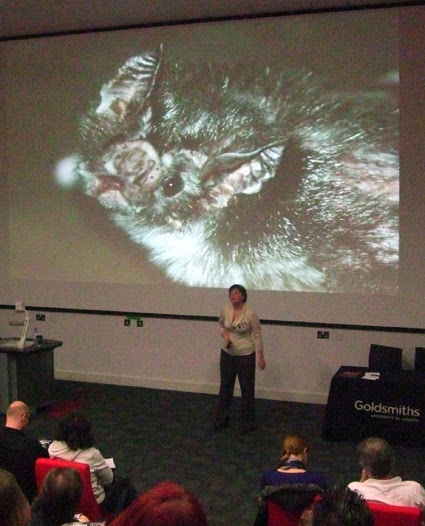 As I set off for Seriously Staked yesterday morning, I did wonder whether spending Saturday indoors studying vampires was going to be the best way to spend the warmest day of the year so far. Looking back, I don’t for a moment regret sacrificing sunlight for my time with the creatures of the night.

The vampire symposium was run by Assap (the Association for the Scientific Study of Anomalous Phenomena) and the Anomalistic Psychology Research Unit at London’s Goldsmiths College and brought together experts from all fields of vampirology. It started with a look at vampires in history by skeptical witch Deborah Hyde.

Deborah is the editor of The Skeptic magazine, runs the website www.jourdemayne.com (named after the historical Witch of Eye who was burned at the stake in Covent Garden in 1441) and is a very entertaining speaker. She punctuated her talk about myths and legends of historic blood-suckers with a quiz to name movie monsters whose image was flashed on the screen. All lecturers could learn from that trick to keep their students awake and entertained.

One tantalising tidbit of history she mentioned was that the idea of the vampire evolved in the Balkans during the 9th century through conflicts of belief between Christians and pagans. It was an era after many pagans from the region had converted to the Christian faith. The victory of Orthodox Christianity led to many older pagan traditions – including beliefs about what happened to people after death - being demonised.

I asked a question about what the specific traditions that lead to a belief in vampires might have been – but I wasn’t to learn much more about that until the end of the day, in a different talk.

Over the course of the symposium I learnt about sophisticated modern vampires from horror and history academic Jessica Monteith-Chachuat; the undead of England from London Fortean Society’s Scott Wood; media influence on the London Vampire Community from Maria Mellins author of Vampire Culture;

the development of vampire tourism in Eastern Europe from John Fraser, who worked for the Transylvanian Society of Dracula; the cinematic science of vampires from Dr Stacey Abbot author of Celluloid Vampires;

vampire hunting tools from Jonathan Ferguson who is Curator of Firearms at the Royal Armouries in Leeds (pictured below with a modern interpretation of a vampire hunter's toolkit); the biology behind vampirism from quirky science lecturer Kathryn Harkup (pictured above right with a cute vampire bat); Dracula in folklore, fiction and film from sociologist Hannah Gilbert; sexually insatiable vampires from sex research academic Brent Myers and, finally, an interview via skype with John Michaelson - a masked man who claimed to be on the trail of real-life vampires. What a full programme!

All the talks were fascinating. Having been a member of a vampire appreciation society - the Velvet Vampire - and having heard many talks, seen many movies and read many books about vampires over the years, I really thought I might not learn a great deal at Seriously Staked. I was wrong, and glad to be wrong. It also seems there is more about vampires - whether real or fictional - still to be revealed.

If you are wondering about my question on the possible pagan origins of vampires in Eastern Europe, it was sex expert Brent Myers who answered it. He explained the root of the word "vampire" came from a historic Slavic term that was used by pagans or a heretical Christian sect. It did not mean an undead blood-drinker. Literally translated as "extreme feaster", with "feast" possibly being a euphemism for sex, the original vampires were possibly members of a sect or cult that used sexual rites as an important part of their ceremonies.

And, although Brent Myers didn't mention it, I couldn't help hearing the words "Ra Ra Rasputin,

If you missed Seriously Staked , don't miss out on the next event. Assap is starting a regular evening lecture series called Seriously Strange: London this spring. The first meeting is on Wednesday 9 April at the Star of Kings pub at Kings Cross. It begins at 7pm and entry is free to members, £5 to non-members. 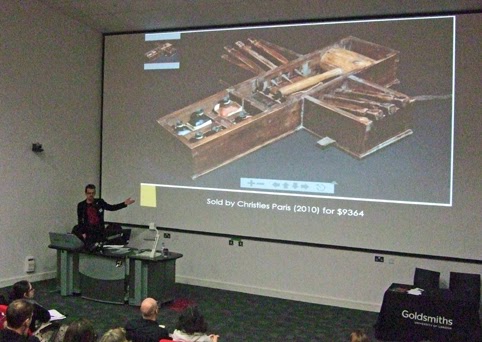 What a wonderful review... and so hope that vampire symposiums like this one (where actual academics take precedence over vampire fanboy/girl topics) become more en vogue. Thanks so much for sharing.

Might you have photos of other speakers? Would very much appreciate it if you could email or message me back.

I took a couple of other photos, but the ones I posted were the best. I wasn't using flash because I think flash can be disruptive in lectures, so all the photos were a little dark and grainy.

My fiancé and I also attended this excellent ASSAP event. Thank you for such an informative review of a very interesting day. I am also glad that we were able to hear about evidence of the historical origins of vampirism, and from so far back in history. "Feasting" of course goes back to antiquity and continues today in various forms. Thanks again for your review.

A great day indeed; thanks for featuring yours truly :)