Margaret Murray and the Museum Murder 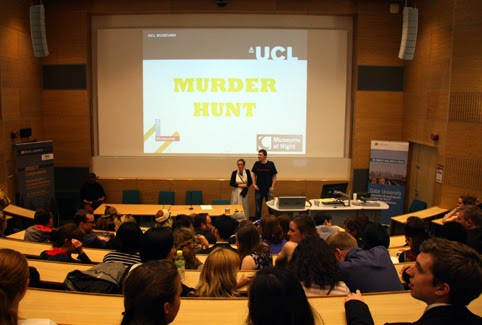 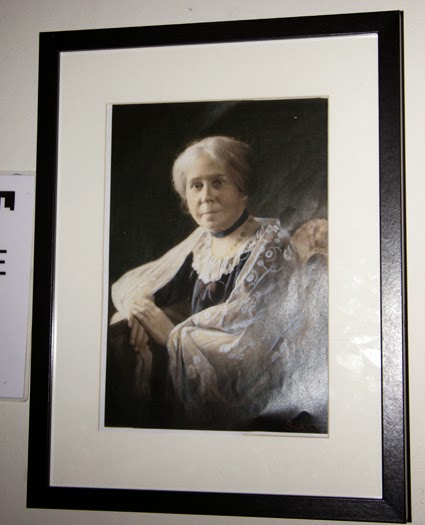 I really wish I had mastered the spell for being in two places at once because on Friday I got two invites to events I really wanted to go to. Both were themed on the art of solving mysteries. While Atlantis Bookshop was throwing a party to launch the Sherlock Holmes Tarot,

I was having a go at sleuthing at the UCL Murder Hunt, led by folklorist and witchcraft historian Margaret Murray.

died in 1963, Margaret Murray seemed sprightly as she introduced a murder mystery game staged by University College London as part of Museums at Night festival. She was also one of the suspects, her alibi being that at the time of the death she was reading medieval documents about the horned god.

In the game, teams had to put their skills of deduction to the test by searching for clues in the university museums. Those suspected of committing the murder were famous figures from the institution's past. Apart from the aforementioned folklorist, could have been Mr Bentham in the Octagon Gallery with the walking stick, Miss Edwards in the Petrie Museum with the water clock or perhaps Prof Grant in the Grant Museum with the walrus penis bone. 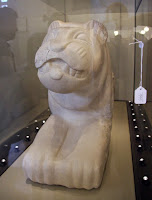 There was a lot of fun examining the artifacts in the museums and trying to solve clues as to whodunit. I'm not going to give any spoilers away just in case the museum ever re-runs the event, but I will say that clue 666, the beast, was just a red herring.

There were prizes for the team that solved the case first as well as for best dressed detectives on the night. I didn't win any prizes but I did have a great time and also enjoyed chatting with people over drinks in the Grant Museum at the end.

The photos on this page show, from the top, Margaret Murray introducing the game in the Darwin Lecture Theatre, a photo of the real Margaret Murray and her alibi, clue number 666, the walrus penis bone and contestants searching for clues in the Petrie Museum. 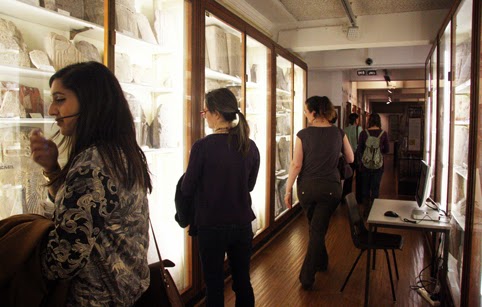