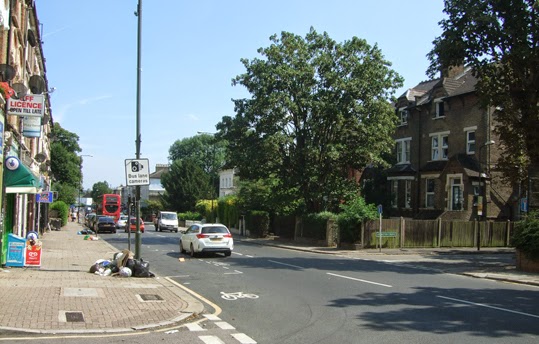 An often quoted feature on how to do psychogeography, entitled A Road of One’s Own by travel writer Robert MacFarlane that was published in the Times Literary Supplement, offers the following advice:


Psychogeography: a beginners guide. Unfold a street map of London, place a glass, rim down, anywhere on the map, and draw around its edge. Pick up the map, go out into the city, and walk the circle, keeping as close as you can to the curve. Record the experience as you go, in whatever medium you favour: film, photograph, manuscript, tape. Catch the textual run-off of the streets; the graffiti, the branded litter, the snatches of conversation. Cut for sign. Log the data-steam. Be alert to the happenstance of metaphors, watch for visual rhymes, coincidences, analogies, family resemblances, the changing moods of the street, and the record ends. Walking makes for content, footage for footage.

I decided to try it out, using a map that used to live in my car in the days before satnavs, and drew a circle with my home at the centre. Then I set off:

It is afternoon, a hot day after weeks of heat, parched ground, the bricks of the garden walls radiate warmth. I head East, to the eastern quarter of my circle, the element of air and the place of new bigginings in the pagan sacred circle.

I turn, cross the busy road, and start walking. To my left a church, but not a church. Converted to flats; adorned with hearts and butterflies. Welcome on the front door, under Gothic arches.

A window open, curtains billow in a breeze. Very slight. Here it looks restful, elsewhere it wafts the smell of rubbish rotting in bins and bags, piled on the street in the high summer.

Bin day is tomorrow. Cars, buses, vans rumble on the main road. A church, even if it is not a church, should be a sanctuary from grime and noise, shouldn’t it?

The arc of my circle, heading south east, takes me into the rec. Short for recreation ground. I don’t keep to the path. Walking between two trees, I feel I am entering the Moon Card in tarot, between two watchtowers. Although the trees don’t mind, I hope no one spots me. Keep off the Grass, don’t stray from the path. Through the alley south to the ex council estate. No Ball Games. When I was a child a sign here said “Residents Only.” Someone then had put a P in front of the R. It would have been Kennedy and Nixon back then. The image of presidents illicitly playing football recalled. Gone south, as they say.

Then to the west. This road was once a thriving market. No more. Dilapidated shops. Stuck in time without halting the effects of entropy. Outside another church a sign proclaims it is Easter and on a doorway a poster declares: “This Is Holy Week. He Is Risen.” No, it is nearly Lammas, the God of the Grain is about to be cut down, in the wheel of the pagan year.

A stain on a wall. A Rorschach blot. I see a facehugger - what does that say? I move on, curving west, and seemingly further back around the wheel of the year, the wheel of time. Isn’t it unlucky to leave Yule decorations up after 12th night?

The Tower. This estate used to have more than one. Built in the 1960s after Victorian terraces of two-up two-downs were cleared in the name of modernity, then all but this one demolished in the 1980s.

Now there are twisting cul-de-sacs of small houses around the block. I wonder how long this will stand. Mums with prams look at me and wonder what I am doing photographing it. I move on.

Blackberries flow over a wire-topped wall. Sweet and free and perfect. Few pick them, it seems.

Arcing north west, my circle crosses the railway track. At the station the barrier is open but a sign says “Ticket Holders Only.” I have no ticket. No one stops me, but still once more I fear being stopped. I cross the bridge quickly. Out the other side gate. Into the roads again. 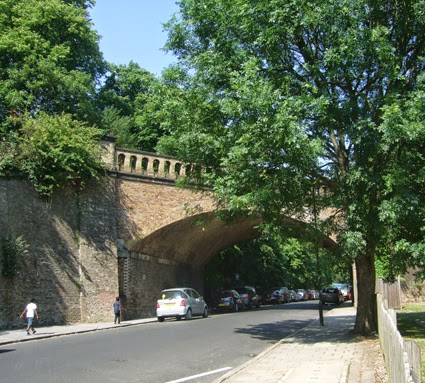 The wrong side of the track - or the right side. The streets are less familiar here, more winding estates. I spot a mural. Protected. A community project?

Uphill and weary in the heat. Older houses, built in Victorian times, when the railways brought people out to populate London’s more rural borders.

Curving to the northernmost edge of my circle; the element of earth. Along the side of the park. Buddleia in a brick wall. The bee bush, the bombsite plant. 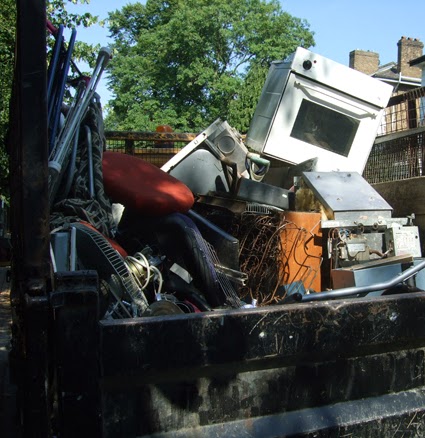 Under a railway bridge. Cool shade against the bright sun.

A scrap van. A recycling truck. Passing by. Everything comes full circle.

I stand under another bridge. Cars beside me, train above me, rumbling, droning.

A knot, in case I forget. A knot for remembrance, a knot to bind a spell. This is what it was like. This moment. The here and now. 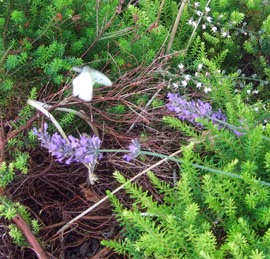 I turn east, down hill.

Retrace my first steps along the road back, back to the centre of the circle.

A butterfly takes to the air as I pass through my gate, into my garden. Nature is my temple.

I am home, my sanctuary from the grime and noise. 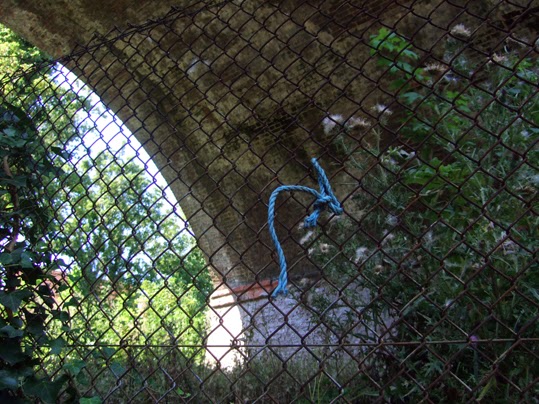