TV: Operation Stonehenge: What Lies Beneath 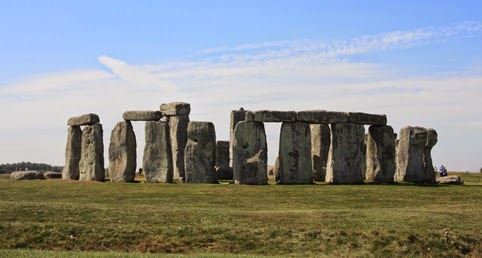 BBC Two is showing a new two-part documentary series about Stonehenge starting tomorrow evening, Thursday 11 September, at 8pm. The second part will be shown on Thursday 18 September at 8pm.

Called Operation Stonehenge: What Lies Beneath, the series follows a group of international scientists who have used state-of-the-art techniques to reveal some of Stonehenge's secrets. According to news stories, they have found previously unknown burial mounds, chapels, shrines, pits and even a buried megalithic monument of about 50 stones that is larger than the world-famous stone circle still above ground.

You can find out more about Operation Stonehenge: What Lies Beneath here: http://www.bbc.co.uk/programmes/b04hc5t9

Here are some links to news stories about the discovery:
http://www.theguardian.com/science/2014/sep/10/stonehenge-teeming-chapels-shrines-archaeology-research
http://io9.com/archaeologists-have-made-an-incredible-discovery-at-sto-1632927903
Posted by Badwitch at 17:04