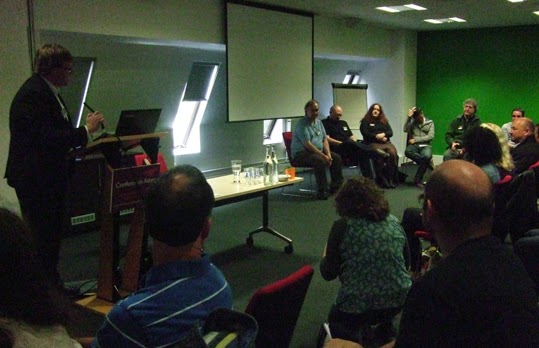 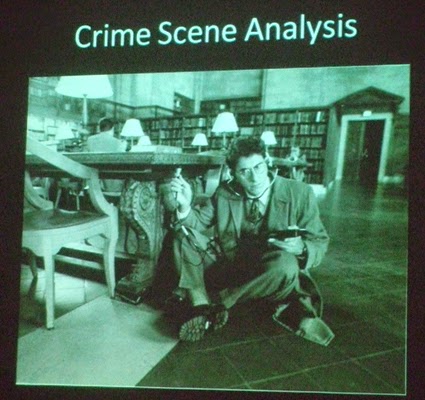 I was got out of bed in the dark before dawn last Saturday morning by ghosts.Not that the touch of cold fingers and unwelcome whispered words that woke me were in any way supernatural - just my hubby shaking and saying we had to get up if we wanted to catch a train to Birmingham in time for the Seriously Spooked ghost convention.

Seeing as I live in London - and south London at that - Birmingham might seem a long way to travel for a one-day event. And, yes, at 6am on Saturday morning I was wondering what had made me think booking for something with a three-hour journey each way was a good idea.

My hubby and I had both so enjoyed Seriously Staked - the Association for the Scientific Study of Anomalous Phenomena's vampire conference - that we booked tickets for ASSAP's conference on ghosts at the early bird rate. The train tickets were bought at advance prices too, so it wasn't an expensive day out, but was it worth it?

Seriously Spooked was certainly a day packed full of fascinating talks and panel discussions. It was aimed at anyone interested in what ghost experiences are and how they are investigated.

Ghosts have fascinated mankind for centuries, but despite countless records of spooky encounters, the question about whether the spirits of dead people really can haunt the living is a question paranormal investigators are still trying to find the answer to. Seriously Spooked brought together some of the UK's most experienced ghost researchers to talk about the theories and methods of investigation.

Speakers ranged from the sceptical Dr. Ciaran O'Keefe, who looked at applying criminological psychology principles to haunting investigations, to those inclined to believe ghosts exist. The latter included Ann Winsper who talked about the history of ghost hunting and brought evidence in the form of photographs and sound recordings.

As a pagan, the talk I was most interested in was from Jack Hunter, and was entitled Animism - Ghosts, Spirits and Gods. He looked at differences in beliefs about the sense of self between western culture and other parts of the world. In the west we have an individual sense of self, but other cultures see the self as being made up of different parts, some of which are spiritual and capable of existing outside the material body.

He also talked about shamans being able to visit the spirit worlds and about cultures where the ancestors are thought to be present in everyday life to help the living. While we in the west often see ghosts as frightening, those who hold spirits in high regard are more likely to honour them with festivals, such as the Day of the Dead.

and Talking with the Spirits: Ethnographies from Between the Worlds.

Christian Jensen Romer, who I've previously interviewed on A Bad Witch's Blog, gave two contrasting accounts of investigations he had been on. The first was one in which a family was terrified of a ghost that turned out to be the next door neighbour using the toilet; In the second a medium gave an uncannily accurate account of the spirit of a maid who hanged herself in a hotel after being fired.

One thing that nearly all the speakers had in common was having been embarrassed by appearing on or working with television paranormal investigations.

Paul Hobday, who appeared on Paranormal Investigation Live with Team Impact, looked at whether paranormal TV and events help or hinder ghost research. His experiences on the show including being told to include pretty young women on his team even though they had no experience of paranormal investigation and also being asked to use techniques that would make exciting viewing but were not in the slightest bit scientific. He quoted a programme producer saying that TV ghost hunts should be viewed primarily as entertainment.

The general view at Seriously Spooked was that many of the gadgets popularised by TV ghost hunts - such as EMF meters and night vision cameras - are completely worthless in finding ghosts. 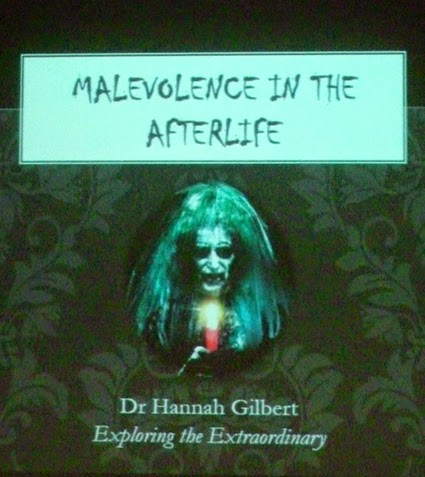 My hubby's favourite talk of the day was from Dr. Hannah Gilbert and was about malevolent ghosts and their social function. She looked at the ghost stories we like to tell the most - which are usually the scary ones - and why we enjoy them.

I must agree that I do like a good spooky tale - which leads me on to mention that this year is the 30th anniversary of the movie Ghostbusters.

That was a point not lost on several speakers at Seriously Spooked, who used great images from the film to illustrate their talks, as you can see from the photos I took that are on this post. Although it is black comedy rather than outright horror, Ghostbusters is a movie I can always rewatch. However, I'm not sure I could confidently say, "I ain't afraid of no ghost".

As to the question of whether Seriously Spooked was worth getting up before dawn for, the answer is yes. It was informative, inspiring and fun too. I'll definitely be booking for the next ASSAP convention - Seriously Possessed in 2015.