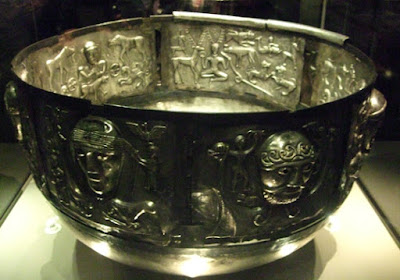 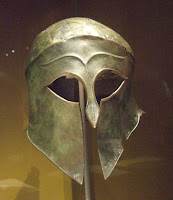 I think I've had the most perfect Autumn Equinox morning I could imagine - at a press preview of the Celts: Art and Identity exhibition at the British Museum.

It officially opens to the public tomorrow, 24 September, but I was really delighted to get to see it a bit early so I could write about it. And I can say the exhibition is something you don't want to miss. For a start there is a chance to see amazing things including the Gundestrup Cauldron, which has never been on show in the UK before. Added to that, the exhibition examines in close detail one of the subjects modern Pagans frequently argue about - who really were the Celts? 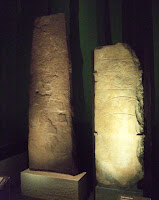 At the press preview, curator Julia Farley gave a talk that she described as a "whistlestop tour" of two-and-a-half thousand years of European history, starting by saying "Celt can be slippery term". She explained that the exhibition covers not the story of a people, but the story of a label and a name that has been reinvented over thousands of years.

The Greeks first used the term Keltoi (meaning Celt) to describe barbarians from various parts of Europe, although not from the areas that are now Britain, Scotland or Ireland. The Celts were groups of people who used styles of abstract art that were a counterpoint to classical Greek and later Roman art. In that way, people in northern Scotland used abstract designs to demonstrate that they weren't Romans, but they didn't call themselves Celts either.

The name "Celtic cross" to describe a cross with a circle around the top really only came into being in Victorian times.

In between the end of the Roman era and the Victorian Celtic Revival, in the 1400s people started to publish books about their own local and national history. They used the word "Celtic" for Pre-Roman European languages, and since then the word has stuck to describe linguistic traditions.

In the past few centuries, various "Celtic revival" movement led to the creation of a re-imagined, romanticised Celtic past, often expressed in art and literature, but also connected to Pagan revivals and influential in the revival of druidry.

The exhibition is a celebration of the various ways in which the word "Celt" has been used throughout history - often associated with great flowerings of art, literature and spirituality. There might be many different types of Celt, but all of their stories are fascinating.

Celts: Art and Identity runs from 24 September 2015 – 31 January 2016 at the Sainsbury Exhibitions Gallery (Room 30), British Museum, Great Russell Street, London WC1B 3DG. Tickets normally cost £16.50. Booking is online at: http://www.britishmuseum.org/whats_on/exhibitions/celts.aspx and by phone: +44 (0)20 7323 8181. There is a catalogue to go with the exhibition, also called Celts: Art and Identity 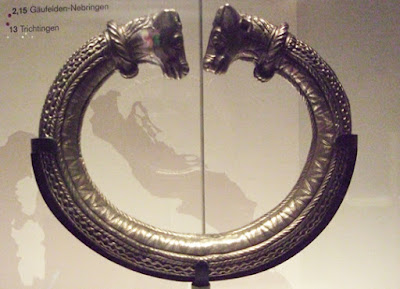