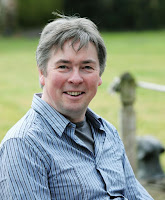 Author and speaker Tom Evans says it is often the people who could gain the most from meditation who make the most excuses not to try it.

Many people are resistant to the idea of meditation, Surrey-based author Tom Evans says he was resistant too when he first gave it a go. Now he believes that, because of the benefits meditation brings, it’s madness not to try it.

An ex-BBC television engineer, Tom said he discovered meditation in his mid-forties and wrote a book. He then started coaching others to write and taught them simple meditative techniques to improve their creativity and allow them to tap into what he calls ‘lightbulb moments’ on demand.

He said he found that when he wrote in a light meditative state, time took on a different quality and slowed down. This exploration of ‘getting into the zone’ led to Tom starting his internationally popular podcast The Zone Show, which has evolved to be a stage for Tom and his guests to discuss all manner of topics.

A prolific author, Tom has now published his 11th book, New Magic for a New Era. It explores how Tom’s feels his life has been 'charmed' and how readers can live charmed lives too. He also wrote and published it in less than three months using the techniques he teaches on how to bend and stretch time.

I would have to say that is very good going, as it took me eight months to write my own book, Pagan Portals - Candle Magic.

In New Magic for a New Era: How to Live a Charmed Life,

Tom wrote about his idea of bending and stretching time, and argues that it’s not obligatory to struggle in life.

Speaking about why it’s madness not to meditate, Tom said, “By spending nine minutes meditating every day, the benefit of the time saved can be tenfold. Every minute spent meditating adds another to your life. Ironically, it is often the people who could gain the most from meditation who make the most excuses not to try it. I encounter a lot of people who are resistant to the idea of meditation, and their reasons always seem to be the same."

Tom debunks twelve of the most common myths around meditation.

1. You don’t have the time
Meditation reduces stress, and makes us less prone to illness, so any time spent comes back many times over by reducing time spent off.

2. You can’t make your mind go quiet
Meditation is not so much about having no thoughts as it is about forming a different relationship with them. When we are kinder to our thoughts, they are kinder to us.

3. You have to be in a quiet room
We can meditate when out walking, commuting or painting the shed. It is easy to integrate meditative practices into what we think of as our busy lives.

4. You have to have your eyes closed
If you ever drive home on ‘autopilot’ on a familiar route, you have entered a light meditative state. We are all natural meditators.

5. It will take years of study
Learning to meditate is easy. It only takes ten minutes a day for a week to get the hang of it.

6. You have to study with a master
Put ‘free meditation’ into Google and get your ‘master’ to come to you.

7. It conflicts with your religious beliefs
Meditation is agnostic. Reciting of prayers, or responses to a celebrant, induces a light state of meditation.

8. It’s dangerous and you might lose your mind
The person who is meditating remains in control at all times. In the same way nobody else can breathe for you, nobody else can meditate for you.

9. There are no practical benefits
Lightbulb moments come to us when we enter the meditative state. Your next bright idea is just one meditation away.

10. People will think that you have joined a cult
When people notice how radiant and vibrant you are, they might ask if they can ‘join’ too.

11. You have to make time every day
Just meditating once or twice a week is enough to bring untold benefits. When we see it as a treat of some me-time, it becomes a pleasure not a chore.

12. You don’t know how to start
The Be Calm meditation is absolutely free, and, in less than ten minutes, introduces the three most common ways to enter the meditative state. It can be found here: http://www.tomevans.co/visualizations/be-calm/

I'd dispute a few of these - they all make sense if your life is mostly good, safe, stable, healthy etc. I do however personally know someone who had a major mental breakdown in which excessive meditation played a part - lines of cause and effect are hard to pick out, but it certainly wasn't helping. People in crisis don't always have the energy or resources, and anything that suggests you could cope better if you just made time for this extra thing can add emotional pressure to people who are already close to the edge. I've meditated most of my life, although I didn't so much during the period when my life was really hellish because I didn't have the resources, mentally or emotionally, and I was only surviving by managing not to think too much about what I was up against. Meditation can and does help us tackle modest first world problems, but its not a cure for everything.

Yes, I totally agree that anyone with mental health problems should seek qualified help. Meditation is great for those suffering ordinary levels of stress - and writer's block - but of course nothing is a miracle cure-all.

Mind you, meditation wasn't invented in a first-world country - it was developed a long time ago in the East, so I would say it probably isn't *only* good for modern, first-world problems :)