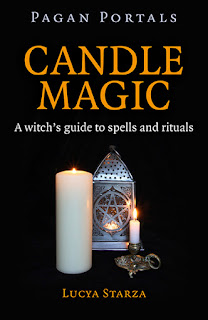 A few people who ordered my book Pagan Portals - Candle Magic via Amazon UK have emailed me to say that delivery dates have been delayed. Each of them told me they had received the same message saying:


Please be advised that we have a revised delivery date for the items you ordered on January 2016....

The delivery date should have been no later than February 26, which is the official publication date.

I've asked my publisher, Moon Books, to look into this and it is doing so. Apparently amazon.co.uk does have plenty of stock, but no copies have been shipped. Moon Books doesn't know why and is investigating the matter. Hopefully the deliveries will not be delayed for too long.

In the meantime, you can still order Pagan Portals - Candle Magic from Treadwell's online store. I know that people who have ordered the paperback from Treadwell's have usually received it within a day or two. Here is the link: http://www.treadwells-london.com/shop/candle-magic-lucya-starza/
Posted by Badwitch at 07:52