TV: Digging for Britain at Stonehenge and Wales 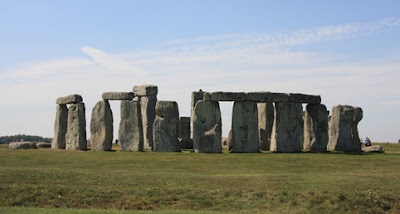 A new series of the archaeology programme Digging for Britain starts tonight, Thursday 10 March, at 9pm on BBC4.

In the first of four documentaries, Alice Roberts and Matt Williams look at discoveries relating to ancient rituals at Stonehenge, including a sweatlodge. They also glimpse a Welsh city that was buried for seven hundred years and uncover the evidence of Celtic animal sacrifice in the first century BC.

There's a clip you can watch here: http://bbc.in/1LEjxkn
You can find out more here: http://www.bbc.co.uk/programmes/b073b1xn
Posted by Badwitch at 12:33