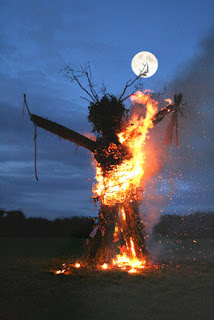 "Beltane: Britain's ancient festival is making a comeback" - story at The Telegraph with a list of Beltane festivals and events you can attend all over the UK: http://www.telegraph.co.uk/lifestyle/9230904/Beltane-Britains-ancient-festival-is-making-a-comeback.html

"Did you know about this historic site? Beltane festival reveals a North historic gem few know about" - story at ChronicleLive: http://www.chroniclelive.co.uk/news/north-east-news/you-know-historic-site-beltane-11230599

"May Day Beltane celebrations in Glastonbury set to be bigger and wilder" - story at Central Somerset Gazette:
http://www.centralsomersetgazette.co.uk/Day-Beltane-celebrations-Glastonbury-bigger/story-29131538-detail/story.html

"The magic and lore of Edinburgh’s Beltane Fire Festival" - story at The Scotsman: http://www.scotsman.com/news/the-magic-and-lore-of-edinburgh-s-beltane-fire-festival-1-4105926

"Witch who brought Wicca out of the shadows" - story about Doreen Valiente at The Times on its subscription news channel. The story is also in today's printed edition of The Times: http://www.thetimes.co.uk/article/city-honours-queen-mothers-favourite-witch-xqqfrctts

"Left to die: Tales of woe from Nigerian children branded 'witches'" - story at The Punch: http://punchng.com/left-to-die-tales-of-woe-from-nigerian-children-branded-witches/

The photo is copyright Joolz Darling and is used with permission. Please do not download it or copy it without permission. It was previously used here: http://www.badwitch.co.uk/2012/09/pagan-eye-wicker-man-on-fire-under-full.html
Posted by Badwitch at 11:43