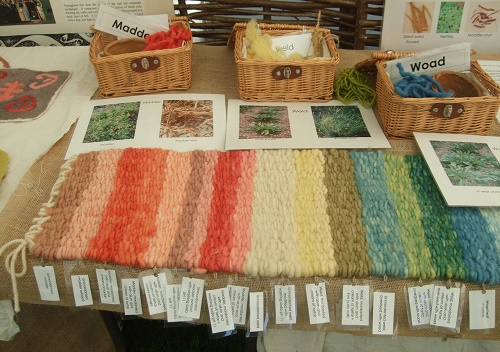 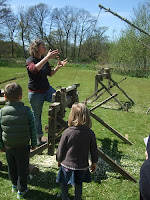 I went to an Ancient Crafts Festival yesterday, which is on at the moment at Michelham Priory in Hailsham, East Sussex, where I took these photos.

I’ve always loved Michelham Priory, because it is a beautiful old building in gorgeous grounds. I thought I would enjoy the craft festival too, but I would honestly say it was better than I expected because it is really hands-on.

Both adults and kids can have a go at crafts our ancient ancestors would have relied on to survive, such as flint knapping, pot making, weaving and wood turning. 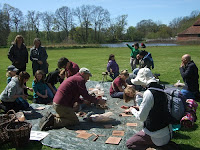 One stand had hand-made replicas of early copper, bronze and iron weapons and jewellery that archaeologists have found, there were coracles by the edge of the water and you could even taste the type of food that would have been eaten in the ancient past, including nettle pottage and oatcakes. There was also very tasty modern food available in the café, I should add.

One of the things that surprised me most was the variety of coloured dyes they had in the ancient world. You can see some of the colours in the photo at the top.

The Ancient Craft Fair is on today, 2 May 2016. To find out more about events on at Michelham Priory, visit the Sussex Past website at www.sussexpast.co.uk 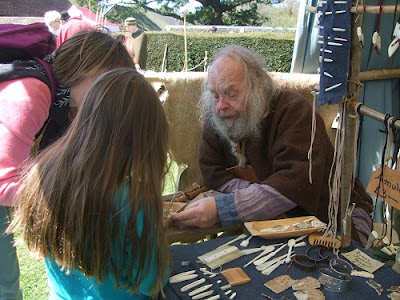