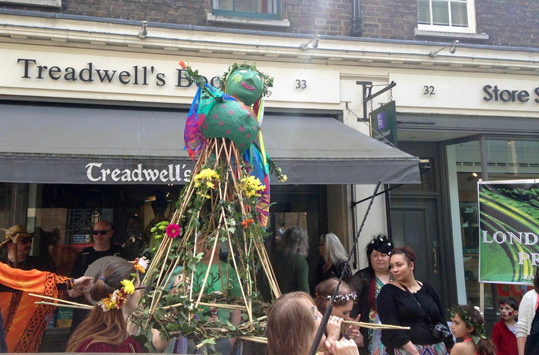 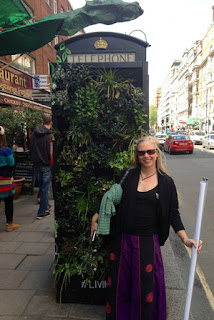 These photos were taken at the London Pagan Pride Parade 2016 yesterday by Ricky Gellissen, who kindly let me post the pictures here. I wasn't able to get to the event myself, but it looks as though everyone had a fantastic time and the weather stayed dry and bright.

I love the giant dragon puppet, the leafy telephone box and all the bright colours in the banners and flags.

London Pagan Pride started and ended in Russell Square, which has a leafy park in the middle, and paraded through the streets going past both Treadwell's and Atlantis Bookshop. It began at noon and went on until late, with people enjoying picnics in the park.

There was entertainment, including live music, and plenty of people brought their own drums as well. 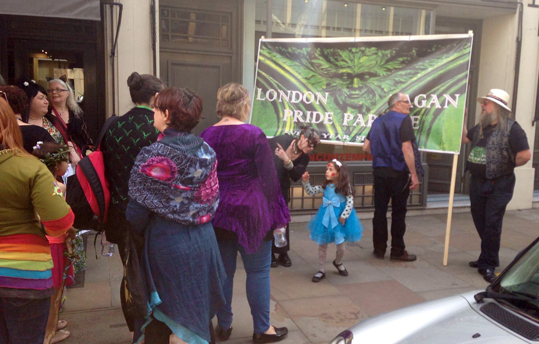 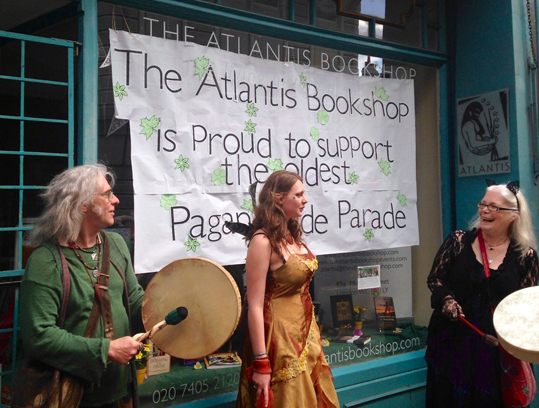 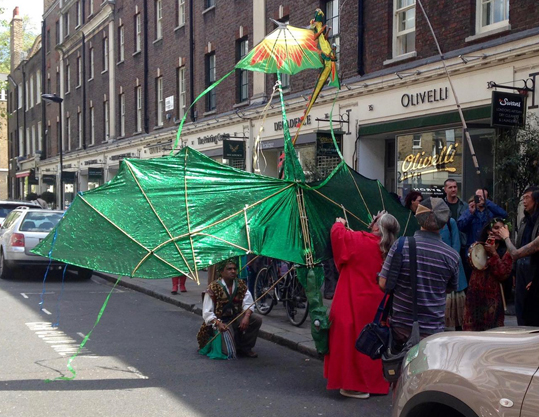 The photographs on this post are copyright Ricky Gellissen and are used here with permission.
Posted by Badwitch at 08:30

Hi great article! There is also a Pagan Pride South Event in Southampton on August the 21st this year more details at https://www.facebook.com/PaganPrideSouth/

Are these pagan pride's every year? Do they have an official website? Might have to try to get down for it in London next year.

Yes, it is an annual event.