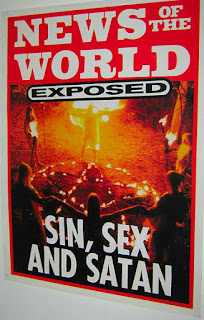 In the late 1980s and early 90s the media portrayed Pagans as satanic, large-scale ritual child abusers. Definitively disproved by a thorough government-funded investigation, the scare is nonetheless of significance for understanding new religious movements, British society and ideas about Paganism.

An evening conference at the London School of Economics on Tuesday July 5th revisits the scare with first-hand accounts of what it was like for Pagans, and then how it ended after researchers and investigative journalism got involved. The preceding wine reception will include an exhibition of periodicals from the period – courtesy of Pagan News and Inform's archives. The event is a collaboration between Inform and Treadwell's. The five speakers are: