Tales from the Witch Room: Cracks in the Walls 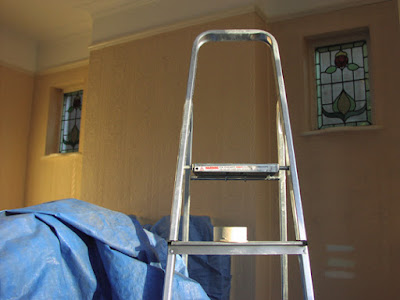 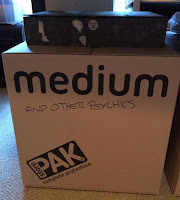 Over the past year I’ve been dealing with a problem that has caused me not a little worry and taken up a lot of my time – and I’m honestly not sure why I haven’t blogged about it before.

About this time last year, when I was putting up the Yule tree, I discovered a massive crack in a wall of my house. It must have been there for a while, but had been hidden behind a curtain.

I have home insurance and the company sent round a structural engineer who confirmed my worst fears – it was subsidence. We also found smaller cracks in several other rooms and outside walls. 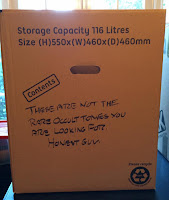 Then followed months of people digging big holes in my garden to try to find out what had caused it. They eventually determined that it was an antique drain that had broken and was causing the ground around my house to become waterlogged.

There were some very smelly days in midsummer when the drain was fixed, then I had to pack up the contents of three rooms so they could be mended and decorated.

One of those rooms was my sanctuary – the room I call my witch room. It was lined with bookcases and cabinets full of all the things I use as reference for my writing and for my magical work. It is also where I gather with friends for tea and cackling - and sometimes the odd workshop. It felt like I was gutting the heart from my home. 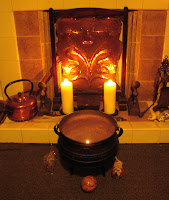 Under the insurance, the parts of the rooms decorated were only where there were cracks, and in my witch room that was just the ceiling. But to decorate the ceiling the contents of the room still had to me removed or pulled to the centre and covered in dust sheets. And so I decided to paint the walls myself before putting everything back.

But, I have also been very busy with work – not a bad thing in itself, but it has left me very little time for decorating.

The photo at the top shows my witch room as it is now, the two packing boxes are a couple of the crates containing the contents of my library of occult books, and the one to the side shows candles by the fireplace of my witch room in the past.
Posted by Badwitch at 09:15