Fantastic Beasts & Where to Find Them in Real Life 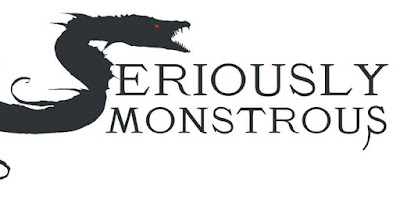 ASSAP (the Association for the Scientific Study of Anomalous Phenomena) is running a one-day conference called Seriously Monstrous, about monsters, fantastic beasts and cryptozoology. Here is what the Assap website says about the event:


Monsters are with us from earliest childhood. Before we can even read we recognize monsters. A monster is not an ordinary animal, it is an extraordinary one, something strange, something frightening. Only a few thousand years ago, beasts like the cave bear, the dire wolf and the sabre tooth cat had man on the menu. It has been postulated that we associate the colour black with evil because of our primordial fear of the night and that bedrooms tend to be upstairs because we feel safer sleeping up high, as some of our ancestors would It is interesting to note that the word monster is derived from the Latin monstrum, meaning a portent, omen or warning.

Psychologists have argued that we need monsters in our imagination now that we live in such a safe world. The thrill of danger is missing. That’s why we love horror films and monster movies so much. In the 1950s Belgian Zoologist Doctor Bernard and the British zoologist and ethnologist Ivan. T. Sanderson developed the science of cryptozoology, the study of ‘hidden animals’. They contended that many monsters from native legend were based on sightings real creature, some unknown to science and others wrongly supposed to be extinct. A third category covered known species that had grown far beyond the size limits given to it by scientists. Many known animals were once dismissed as nothing more than folktales from superstitious natives. The gorilla, the okapi and the Komodo dragon are three examples of such creatures.

Have you ever wondered if monsters are real? If so, what is the evidence? Join us at Seriously Monstrous for a packed day with some of the top cryptozoology speakers in the field today.

Seriously Monstrous is on Sunday 21 May 2017 at Holiday Inn Bristol City Centre, Bond Street South, Bristol, BS1 3LE. Early bird tickets have just been made available at £10 (the full price is £20). You can book here: https://www.eventbrite.co.uk/e/seriously-monstrous-tickets-30208773254

You can read my review of the book On Monsters here: http://www.badwitch.co.uk/2010/01/review-on-monsters-history-of-our-fears.html