A Weekend of Cursing at the Museum of Witchcraft 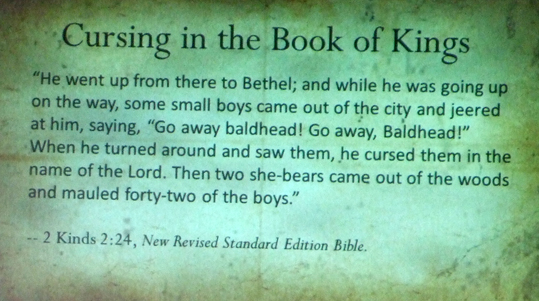 I've spent the weekend at a cursing conference and it was brilliant!

Mind you, when I told people what I was going to, quite a few of them looked askance at me. I think they were worried I was turning to the dark side or channelling my inner Bellatrix Lestrange. But really it wasn't like that at all - it wasn't a practical cursing workshop or even an encouragement to start wishing anyone ill.

The Museum of Witchcraft and Magic’s annual conference, Poppets, Pins and Power: The Craft of Cursing, was a weekend of talks by academics and practitioners of various magical traditions worldwide on the history of cursing and attitudes towards it. Practical techniques were explained, but not with any encouragement to try them out. Mind you, I've always been of the opinion that a witch should understand how to curse even if she never does it.

I took lots of notes during the talks and I do intend to blog in depth about several of them in more detail in the future, but to give you an idea of what was discussed, here is the list of speakers and their subjects: 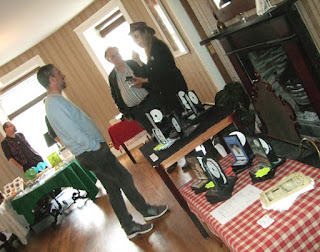 There was also a market of stalls, a Saturday night performance by Folklore Tapes and an ongoing account of a counter-curse performed by Cecil Williamson, related during the intervals between speakers by Judith Hewitt. The theme tied in with an exhibition of poppets that is on at the museum this summer, which is fascinating.

I had a fantastic time, learnt lots and had a chance to meet up with some old friends as well as make a few new acquaintances. Boscastle, in Cornwall - where the museum is located - might be a long way from London, but it was well worth the trip. I am staying down in Cornwall for a few more days and will be visiting other sites and blogging about them too.

And what a conference it was! Fact after fact and so well put together on every level. It was lovely to catch up with you too :)

It was lovely to catch up with you too!