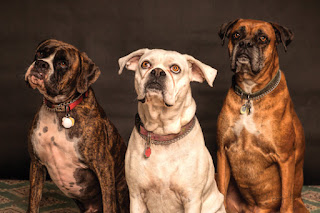 Here is a feature I was sent by Creature Courage for Chinese New Year:

The UK is known as a place inhabited by many dog lovers, but our fury friends instill fear in an estimated nine million people. With this Chinese New Year celebrating the year of the dog, it can be a reminder of the uncontrollable anxiety and panic Cynohphobics (fear of dogs) face.

Dogs are one of the most common phobias in the UK, joining snakes, mice, and spiders in the top ten most feared animals. However, whilst snakes are easy to avoid in the UK, nearly a quarter of households own a dog, making them near impossible to escape.

Dogs can sense fear, so being around them is problematic for those with a phobia. Suffers often spend their entire lives avoiding the popular pet, in turn damaging their mental and physical health by avoiding anywhere they could see a dog.

The workshop will take place in London on Saturday 24 March. A variety of different therapeutic techniques such as NLP, CBT, hypnotherapy, and education, will provide participants with the tools they need to feel confident and fearless.

The workshop will star Paco, the friendly Irish Setter, whose parents previously won Crufts best of breed. Participants will have the opportunity to use controlled immersion therapy to conquer their phobias and leave feeling fearless of mans best friend.

Adam Cox said: “Millions of people are suffering with their fear of dogs, which not only impacts mental health but also physical health, as sufferers sometimes even avoid going outside and therefore limiting their physical activity. The good news is that no matter how severe the phobia is, psychological tools such as hypnotherapy and NLP can reverse a phobia in just one or two sessions.”

He added: “As a hypnotherapist based in Harley Street, many people aren’t able to afford my services. To make my services accessible to as many people as possible I’m currently offering a free audio download to give people tips and resources to make immediate progress and improvement on their fear of dogs.”

Adam and Creature Courage have run previous workshops to help arachnophobes conquer their fear of spiders. Jade, who attended the most recent workshop exclaimed “I never thought I’d do it, but I’m very glad I did, and this positive change will stay with me for the rest of my life.”

Dogs are the most popular pet in the world and with just a few hours of treatment, Cynohphobes will be able to live their lives without the continuous fear of coming face to face with either a Rottweiler or a Chihuahua. For those who are unable to attend the workshop, Adam is offering a free hypnosis download to help suffers throughout Chinese New Year and beyond.

The dog phobia workshop is taking place at The Oasis College, Lambeth, London, on Saturday 24 March. The four-hour course begins at 5.45pm and is priced at £99.

To book a space on the course visit Creature Courage: http://creaturecourage.com/events/dog-courage-experience/
Posted by Badwitch at 08:00