Remembering my Dad on Father's Day 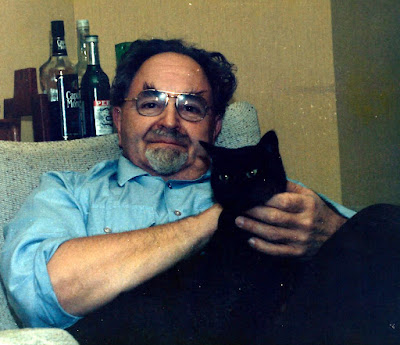 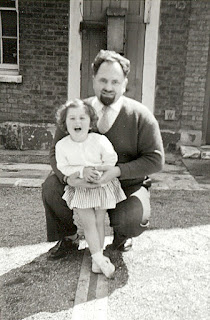 Even though my father died over a decade ago, I still miss him - especially on Father's Day.

Here are some photos of my dad. The one to the right was taken back in the early 1960s. It shows him with me when I was a little girl. We are standing on the Greenwich meridian line, which is in Greenwich Park.

The picture at the top of this post is of my dad when he was older. He is holding his cat, Jonas.

I want to remember him teaching me how to dowse and encouraging me to learn palm reading. I was never as good as he was at either of those things.

I want to remember playing card games with him and with mum and grandma at Christmas. (I'd like to remember the rules to some of the games too!)

I want to remember all the good times. Not the bad times, when he was old and forgetful and frequently bad-tempered. However, in all honesty, he could be pretty bad tempered even when he was younger.

As the years go by it is easier to remember the good times and forgive him for his bad temper. After all, we are all only human.