The Wheel of the Year and Hot House Flowers 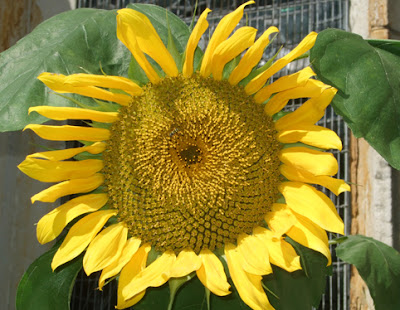 Over the Summer Solstice I noticed prominent pagan groups using the sunflower as a symbol for their seasonal rites or suggesting them as a suitable flower to put on the altar. This jarred with me.

In the UK, sunflowers don't normally bloom until August. Pagan Wheel of the Year ceremonies are a celebration of each season in turn. They usually reflect what is going on in nature at that time of year - often featuring what flowers are in bloom or what is being harvested. Imbolc is traditionally associated with snowdrops, at Spring Equinox we see daffodils, on May Day the hawthorn is traditionally in blossom, for example. 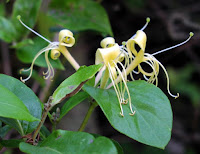 At the Summer Solstice things that are blooming in London gardens include roses and honeysuckle. Yellow St John's wort flowers are out too, and in folklore are said to be best harvested at midsummer, in late June.

Sunflowers are in bloom at Lammas - the next festival in the Wheel of the Year.

I posted something about this on Facebook earlier this week and asked people what they thought. Most people agreed with me and said they try to put seasonal flowers on their altars, but a few didn't.

One point made was that people use sunflowers because they are beautiful representations of the sun.

That is true - sunflowers are beautiful solar symbols. They have the word "sun" in their name and the flowers look large and sun-like. They even appear on the Sun card in tarot.

I would certainly agree that if you are not specifically doing a ritual to honour nature's seasons, but are instead doing a ritual just to honour the sun, then a sunflower makes sense. However, the pagan groups I was commenting on were putting on Wheel of the Year rituals, not rites of purely solar worship.

Others people who replied to my comment on Facebook said it didn't matter what flowers you put on your altar. One person said: "Why get hung up on it anyway, does it really matter what flowers we use? All of nature is beautiful, as long as we are respecting her is the most important part of any ritual regardless [of] what time of the year it is."

Well, I would say that if you feel respecting nature is the most important part of any ritual, then choosing something that is naturally in season still seems best. I'm sure you can buy sunflowers in June, but they will have been imported from abroad or grown in man-made hot houses. Shipping long distances by train, plane or massive lorry doesn't seem particularly natural, neither does forcing plants in artificial environments where they might not even get any natural sunlight.

That certainly doesn't mean I would never put out-of-season flowers on my own altar. When my mother died I wanted pink roses on her coffin and on the altar for her funeral. My mother loved roses and pink was her favourite colour. There were none in bloom in my garden at that time of year, so I happily asked an independent florist to source them for me. She made a beautiful floral arrangement and I was happy to support a local small business.

But, in that instance, the rite was to honour my mother, not specifically to honour the season.

I also realise that we all lead busy lives and if we are asked to bring flowers to a ritual it can sometimes be easier to pick up a bunch at the supermarket with the groceries than go out and pick them ourselves. The supermarket also might not offer much in the way of local, seasonal blooms. We have to be realistic and don't always have the time or energy to make our rituals exactly the way we would like them.

Of course, we are all free to do what we want in our own personal rituals, so long as we don't harm anyone in the process. But, if I was doing a rite specifically to celebrate the season, I would still feel uncomfortable putting a sunflower on my altar long before it was in season.

The wise old witch who trained me, back when I was a lot younger, used to say: "The first thing you do when you are writing a ritual for the Wheel of the Year is look out of the window. What can you see growing there? What's happening in nature? Use that for inspiration."

I think that is still good advice.
Posted by Badwitch at 10:35

Email ThisBlogThis!Share to TwitterShare to FacebookShare to Pinterest
Labels: flowers, pagan, ritual, wheel of the year