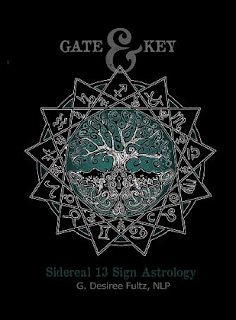 The 13th Zodiac, Ophiuchus, and its esoteric significance is in every underlying magical system and even hidden by allegory and symbol within many of the world religions and epic creation stories. Just a few interesting factoids suggesting the occult connection to Ophiuchus:

The number 13 is known to theologians as 'theophanic', meaning a 'manifestation of God to man'. Theophany is the appearance of a deities/gods to a human. Most cults have been born of a connection to a Theophanic event.

In the Kabala, 13 signifies the arrival of a new cycle: the thirteenth hour is also the first.

The 13th Chakra is where matter merges with light; the gate of Astral Projection. 13th chakra is outside the body, but the energy of the 13th chakra is experienced in the heart. The energy it resonates is unconditional Love. Unlike the seven major centers of the body, this one cannot become blocked.

There are 12 cosmological constants and 1 uncertainty principle in astrophysics; the branch of astronomy concerned with the nature of stars and other celestial bodies. It explores physics and chemistry, and applies of the laws and theories of physics to explain astronomical observations.

The Bible assigns the number 13 with the esoteric meaning representing“rebellion against constituted authority”.

[US] Independence Day (which was an act of open rebellion against tyranny) is 13 days after the Summer Equinox and divides the year exactly in half. One side before and one side after. [There are] 13 red and white stripes on the U.S. Flag.

A witches' coven consists of 13 members. There are 13 steps leading to the hanging gallows. There are 13 loops in a hangman’s noose. Apollo 13 is the only unsuccessful moon landing.

The 13th Tarot card is Death. The card is connected to Pluto (which rules Scorpio, and it the zodiac nearest Ophiuchus) There are 78 (6 x 13 = 78) Tarot cards in a Tarot deck.

The 13th Rune is Eiwaz. This rune is the balance point between light and dark (the point of transformation)

The letter M is the 13th letter in the English and Hebrew alphabets and hold sacred esoteric significance with a meaning that rules the transition of day and night, and even death and life.

Sacred Geometry: Within the symbol of the Flower of Life is found the 'Fruit of Life'. The shape of the Fruit-of-Life is composed of 13 circles. 13 is also the key for unity and for transition between worlds and dimensions as mentioned before, where light and dark meet.

Music theory: Chromatic scales of the 12 notes include The 13th note is actually repeating the first note, only on a higher frequency. When you attain a higher octave you enter a higher dimension and so on, up the scale, every 13th note bringing you up to the next level.

The number 13 is a prime number and is only divisible by itself, incorruptible.

Ophiuchus: the hunted, the hidden, the misunderstood. She has been slandered, accused, misrepresented, because her ultimate aim is to create, seek, heal, love unconditionally, and usurp the powers of tyrants. She is a threat to the regime, a silent power that liberates and frees the innocent by any means necessary, even if it means death and rebirth. She is the gateway to immortality and the knowledge of good and evil. She is the 13th constellation and absolutely relevant to our times!


'Ophiuchus is the gateway and Chiron is the key,
the way to life and healing, to immortality.'

You can view Gate and Key: Sidereal 13 Sign Astrology on Amazon