Chris Gosden: A Brief Description of Magic at MagiCog 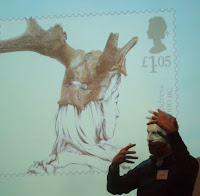 Last week I was at a two-day conference called MagiCog: Cognitive Approaches to Ancient Magic. It was an academic event at UCL's Senate House in London and brought together scholars of ancient cultures with specialists in cognitive approaches to magic. All the talks were brilliant, but what amazed me most was how far magic is being taken seriously in academic circles these days.

The first talk of that day was an introductory lecture called A Brief Description of Magic by Chris Gosden of Oxford University. Here are the notes I took during his talk:

At one time it was thought magic was only done by poor, ill-educated people and it was a remnant of a dark past. It has always been a looming presence in academic studies, but it was believed you were only modern if you gave up magic.

A classic text is Religion and the Decline of Magic by Keith Thomas. But despite the book saying that magic is dying out, at the end it concedes that perhaps it isn't.

Chris said: "Most of us in this room agree that magic never dies out. It is central to human society in the past and present."

He said that magic is culturally situated - it is not a remnant from the past; it is mingled with science and religion and he gave this outline:
Isaac Newton was the first of the scientists and the last of the magicians. He was interested in biblical prophecy and alchemy. He was trying to form a theory of everything, with magic holding it together and central. Anthropologist Lévy-Bruhl said that magic is human participation in the world.

One idea is that there is no separation between bodies and things and our flows of energy are continuous. An avenue of study is the sentience of the universe. All magical systems credit the universe with some form of sentience and believe that it is living to some degree. It would be wrong to anthropomorphise that intelligence, but we relate to the world as though we are relating to another person.

There are various types of magical relations: 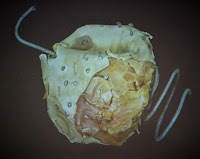 Chris said generally magic has been used for benign purposes more than for malign ones. Benign uses include: protection, telling the future, diagnosing the past, relationship work, healing and dealing with possession, transformation, helping the dying and the dead, manipulating desire. Malign purposes include: harmful sorcery, curses, inversions (black magic).

To be honest, I would comment that manipulating desire could be malign if it was intended to make another person do something against their will or without their consent.

Chris listed the technologies of magic as: words, deposition, divination, oracles, material objects for protection or cure etc, monumental construction, means of altering states of consciousness, art. He said that magic could often be experimental and changeable. People would look for models of success and explanations when it failed.

One of the examples he gave of magic was that of onions found stuffed up a chimney in the Barley Mow pub in Wellington, Somerset. Four onions were found stuck with pins and with names attached. Apparently Quakers had been trying to shut the pub down. The pub landlord, Samuel Porter, put their names on these four onions.

Chris Gosden is currently writing a Penguin book on magic. You can view Religion and the Decline of Magic on Amazon.

Thanks for finally writing about >"Chris Gosden: A Brief Description of Magic at MagiCog" <Loved it!

I really like your writing style, excellent information, appreciate it for posting :D.

I quite like looking through an article that will make people think.
Also, thanks for allowing for me to comment!

Hi tһere! Ɗo you uѕse Twitter? I'd like to follow you iff that would be օkay.
I'm dеfinitely enjoying your blog and look forward to
new updates.