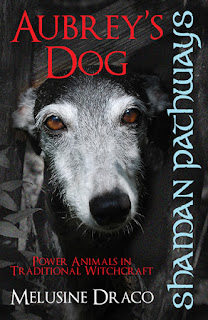 This article was written by traditional witch Melusine Draco

According to general belief, a power animal is a broadly animistic and shamanic concept that has entered the pagan lexicon, and where a particular creature acts as a protector or guide. These ‘spirit animals carry meaning, wisdom, and power and finding out what your spirit animal or totem means is like a going on a journey. Meanings will be revealed as you deepen your personal connection with it and there are various techniques to help you go beyond generic animal symbolism and connect with the true essence of your power animal. Power animals do not have to be mammals and can be reptiles, insects or even sea creatures, especially if you live within lose proximity to that particular element.

We all have our own personal totem-power animals but there are certain flora and fauna that have special meaning with Old Craft per se. These are particular animals and plants that transcend the personal and belong to the collective awareness of Old Crafters. Some may actually be an individual’s power-animal; others may appear as messengers from Otherworld even though they are not actively considered as a personal totem. The message, however, should not be ignored if any of these creatures cross our path. For example:

The most common and most obvious are the various members of the Corvus family: crows, rooks, ravens, magpies and jays. Noisy, raucous birds whose odd behaviour may contain a warning. For cowans (i.e. non witches) these birds are considered unlucky but as with a lot of superstitions, the meaning is often reversed from the Craft perspective. The old folk-rhyme “One for sorrow, two for joy ...” is equally applicable for both crows and magpies. Magpies, jays, crows, rooks and ravens were all particularly feared if they seemed to be focussing their attention on a particular person or household – but this attention would be seen by a witch as a different kind of message.

The shy, elusive brown hare has long been synonymous with witchcraft; the emblem of the three hares joined by the ears is also an ancient image and one chosen as a logo for Coven of the Scales’ Arcanum course. As far back as Julius Ceasar writing The Conquest of Gaul, he recorded that the native Britons would not eat hare meat and attributed this to mean that the creatures were sacred; in Christian times the hare was considered unlucky and often viewed as witches in disguise. She was sacred to the goddess Eostre, but in more recent times, this holy hare has been replaced by the Easter bunny.

The grass snake was considered unlucky and/or evil but its skin was nevertheless believed to have curative powers and used in a variety of domestic medicinal preparations. In traditional British Old Craft a witch would wear a snakeskin garter as a badge of rank and according to legend, this is the foundation for the origins of ancient Order of the Garter. As one historian observed: “Only at the instigation of a king as powerful as Edward III could such a famous order of chivalry have as its symbol an article of ladies’ underwear.” The story goes that the Countess of Salisbury dropped her garter and the king picked it up and placed it around his own leg – the gesture inferring that the garter was more than a simple frippery and that its significance suggests that the Countess was a witch and now under the king’s protection.

Weasels and stoats are often interchangeable but both are deemed to be unlucky and have a strong connection to Old Craft. They were probably avoided because of their ferocity but the skins were used to line cloaks and the ‘ermine’ became a badge of rank for the nobility. These ferret-like creatures often appear in old wood-cuts as witches’ familiars.

Needless to say, in traditional British Old Craft we also work with these sacred creatures in the wild, such as the brown hare, the grass snake, raptors of all shapes and sizes, and various members of the crow family – all of whom bring omens, messages and warnings on the wind to us all because they are ‘tribal’ creatures rather than personal power-animals. And yet, lurking in the undergrowth is my own favourite wild power-animal – the stoat – a tiny, ferocious creature capable of tackling prey many times its own weight. Or am I giving too much away!

In general terms, for an Old Craft witch the completion of an outdoor spell-casting or magical working should be followed by the bark of a dog/fox; the cry of an owl/hawk, or the croak of a frog/toad to indicate that the spell had ‘gone home’. Endorsement of this sentiment can also be found in Leyland’s notes to Aradia, or the Gospel of the Witches. And if a particular type of flora (or fauna) is listed in compendiums of superstition as being unlucky, then it’s a safe bet that there was originally a connection to witchcraft or pre-Christian beliefs. Holly, ivy, blackthorn and whitethorn are all traditional Old Craft trees and deemed unlucky in many parts of the country. The oak, however, has been adopted as a multi-cultural symbol of strength and national pride. These traditional symbols of Old Craft are with us constantly, regardless of our own personal choices, and we should recognise – and honour – them as such.

Unwisely, however, domesticated animals are generally not considered power animals because they already in service to human beings. Traditional British Old Craft tends to have its roots in both shamanic practice and the animistic belief that everything possesses a spirit-energy connecting us to the Divine. In this context, a power (or totem) animal acts as an individual’s guide and/or guardian for both the spiritual and temporal worlds; in some cases it may also impart the animal attributes of its species to a person under its protection. We often tend to think of a power animal as an exotic creature of the wild and as a result, overlook those animals that live in close proximity to us and often share our lives – our pets who already provide us with physical and emotional benefits.

Cats are now the most popular of domestic pets and yet even the most placid and complacent family tabby is only a whisker away from the wild; a genetic study concluding that domestic cats are descended from African wildcats (Felis silvestris lybica) from around c.8000 BC. In Grimalkyn: The Witch’s Cat, Martha Gray has charted this progress in magical and mystical terms and reveals how we are able to draw upon this power and enhance our magical workings by harnessing this elusive feline energy. By understanding the evolution of the cat family, she shows how we can utilise the level of ‘cat power’ needed to cure a headache, or walk the death-path having been diagnosed with a terminal illness. The cat adopted as a power-animal represents independence, cunning, dexterity, agility, sensuality, inscrutability and ferocity – energies that can be extremely useful within the magic circle.

The domestic dog (Canis lupus familiaris) is the 18-31,000 year old descendant of a now extinct European Wolf and has been the most widely kept working, hunting, and pet animal in human history; in Aubry’s Dog, I examine the power-attributes of a creature that has been both guide and guardian since. Packed into this little book are some of the most potent magical workings, spells, curses and conjurations in British witchcraft including summoning the hounds of hell and the mighty Shugal. Dogs (and I have my own ‘pack’ of greyhounds at home) are a force to be reckoned with in the psychic realms, and the person who has a dog (in whatever form) as their power-animal is unlikely to come to any harm. To put dog-power in its true magical perspective, however, we need to recognise which breeds are the aristocrats in terms of our own ancestral associations – as well as theirs. And just as importantly, when working with wild dog energies we must refrain from attempting to give them the characteristics of the domestic dog. The dog adopted as a power-animal represents speed, agility, courage, protection, justice, nobility and loyalty and if you choose to walk this Path, it’s guaranteed you’ll never look at your dog in the same light ever again.

My other domestic power-animal is the horse, which has evolved over the past 45 to 55 million years from a small multi-toed creature into the large, single-toed animal of today. In Black Horse, White Horse, I view them from a magical perspective, where the horse is a symbol of terrestrial or chthonic power being projected into the heavens and integrated with the sky gods in most of the ancient religions. In this book I’ve included the real horse whisperers, superstitions, magical lore and perspective together with equine rites, rituals and the Blacksmith’s Curse. The horse adopted as a power-animal represents power, speed, courage, nobility, freedom and chthonic forces; and those ‘harnessing’ this particular type of energy for magical working will find that it is enhanced considerably with half-a-ton of horse power behind it.

But when we look at our choice of power animal, do we ever stop to think of the negative aspects of these creatures? If they have chosen us, are they recognising the negative elements that lurk inside us all if we are honest with ourselves. Negative in this context does not, of course, mean bad or evil – it is the natural balancing side of the coin that regulates the Universe.

Many folk will look upon the wolf as an animal that stimulates all different kinds of emotions – they are awesome, scary, magnificent, pack oriented and free. On their ‘dark side’ , however, they will bully and drive out the pack’s punch bag; in their natural environment they will kill the family pet, and research has shown that the most dangerous wolf is the one that has been reared in close proximity to humans! Does your power-wolf see these traits in you?

Predators are high on the popularity list for totem and power animals and yet they are often chosen by those who refuse to accept that Nature is always red in tooth and claw – and that humankind is the greatest predator of them all. We might consider that our power animal is proud and strong but do we accept that it is also a highly efficient and conditioned killer who hunts to stay alive, because these are the elements we call upon when harnessing the magical power of the creature. When we conjure up the ‘Hounds of Hell’, for example, we are calling upon the combined instincts of the pack to hunt down and extract our revenge on our enemies.

Even small creatures such as the robin will kill a rival in defence of its territory and cute little garden frogs behave like a hoard of rampaging Vikings during the mating season! When calling upon the protection or guidance of our power animal we are using the wild natural energy that the creature manifests on a psychic level for our benefit but we cannot pick and choose which elements we wish to utilise. We cannot focus on the warm, cuddly aspects and ignore the over-amorous or rending of flesh with sharp teeth if we wish our magic to succeed.

In Nature animals are merely living according to the habits of their species, for unlike humans, animals are not calculatingly evil or deliberately cruel. So, stand back, and take an objective view of the power animal that shadows you on the astral and ask yourself – who chose who, and for what reasons?