Views and Pictures from The Enchanted Market 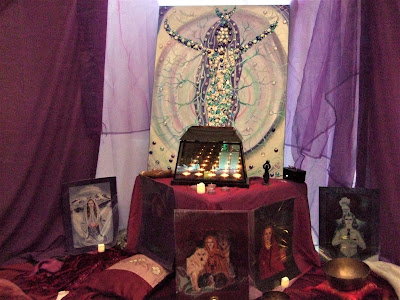 Yesterday I went to The Enchanted Market in Bracknell, which is on over this entire weekend. It is quite a long journey from south-east London - a couple of hours by train each way - but I had such a lovely time it was really worth it.

I'd been invited to give a talk on the history of poppets and a workshop to make traditional protection dolls in the afternoon, but I decided to get there in the morning and make a day of it. I met up with loads of friends while I was there, including two who met me at the Bracknell station and took me for breakfast before the event. 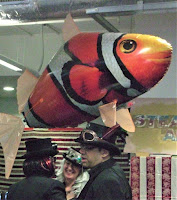 Jacqui and Steve of Bewitched Botanicals kindly let me leave my bag of workshop materials at their stall, which sells amazing soaps, lotions and bath bombs. I met up with fellow Moon Books authors Rachel Patterson, Barbara Meiklejohn-Free and Flavia Kate Peters. It was great to chat with them and catch up on news.

After browsing the market stalls I spent some time chilling out in the Goddess Temple. Then, before my afternoon workshop, I had lovely chocolate cake and tea in a real china cup in Steampunk Alley and chatted with another friend who was volunteering there. Once the workshop was over, I celebrated by trying some nice Polish mead at the bar.

The Enchanted Market is a huge pagan festival with stalls, talks, food, a bar and entertainment. It is still on today at Garth Hill College, Bull Lane, Bracknell, RG42 2AD. Day entry is just £2. http://www.theenchantedmarket.com/