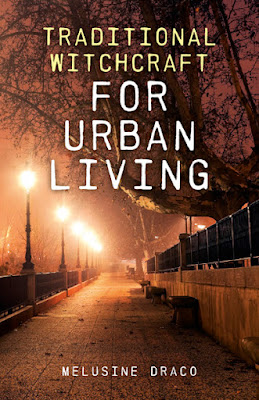 Here's an extract from Traditional Witchcraft for Urban Living by Melusine Draco, an excellent book about urban magic and paganism written by a traditional witch. It offers a historical view of city-based magical practices and an introduction to how modern witches can follow in their footsteps. In a later post I'll offer a further extract from the book with more practical suggestions for ways of working.

"In the roaring traffic’s boom / In the silence of my lonely room" from the Cole Porter’s song, Night and Day, probably sums up the lot of many urban witches who find the inner city streets incompatible with what they see as a pagan life-style. And yet for hundreds of years, witches and cunning folk have plied their trade for the benefit of their town-dwelling neighbours.

Only recently, a rather mature witch of my acquaintance reminded me of the time when I’d advised her on how to cope with a recent move from rural Berkshire to a large sprawling city; of how she needed to get out and find the old heart of her new community and reconnect with the heart-beat of her kind.  It was amazing, she said, just how many old life-lines were still evident in the abandoned water-courses, derelict churchyards and ancient architecture.

Late 18th-century antiquarians portrayed the urbanizing towns of the period as "centres of a new-style civilization, confident, reformed, free of the old superstitions of the past. The urban laboring-classes were still views as ignorant and vice-ridden, but they were not thought to be as ignorant, and consequently not as superstitious as their country bumpkin cousins. By the mid-19th century, confidence in the civilizing effects of urbanization had worn off somewhat … but many intellectuals of the period believed that urbanization rescued people ‘from the idiocy of rural life’." Thus an editorial in the periodical All The Year Round (November 1869), remarked that although the belief in witchcraft still existed ‘to a very considerable extent in England’ it was not heard of in the busy towns

Washington Irving, writing in 1820, described how the inhabitants of Little Britain (near Smithfield Market) still believed in dreams and fortune-telling but failed to mention witchcraft among the beliefs still held in the area. It is evident from the scant folkloric source material, and from the newspaper archives, that accusations of witchcraft were far less common in London than in rural areas during the modern period. In early modern England the flow of rural migrants to an expanding London, for example, did not necessarily lead to irrevocable breaks in social relations between village and city.  Rural teenagers were apprenticed to urban relations or friends, and many townspeople returned to their village homes to help at harvest time, this reinforcing those kinship links which geographical distance might have otherwise broken.

Owen Davies, who is well-known to most pagan readers for his classic Popular Magic: Cunning Folk in English History charted the transition of cunning folk from village to city in his The Decline in the Popular Belief in Witchcraft and Magic; his unpublished PhD thesis for the University of Lancaster, 1995 – which was later published in the Journal of Social History (1997).   By the time of WWI there were far fewer cunning folk operating in England than there had been fifty years before, and by the 1940s they seen to have disappeared altogether.

Interestingly, Gabrielle Hatfield made a similar observation in Memory, Wisdom and Healing (1999) following her researches into the history of domestic plant medicine, that had been passed down orally from one generation to the next. She acknowledges that many women described as witches were probably innocent practitioners of herbal medicine; while others undoubtedly cultivated the image of witchcraft so that they had more to offer their customers than the common knowledge of plant medicine.

She also found that when she was collecting data on 20th-century plant remedies, many people initially disclaimed any knowledge of the subject. “In our present century, elderly people with such knowledge usually have not passed it on to the next generation for fear of being laughed at, or simply because they felt that such information was of no interest … especially in view of the condescending attitudes shown towards the users of such remedies.”

As far as today’s witches are concerned, the pursuit of this hidden urban knowledge is concerned, will be long and often misleading. After all, why should an eager young witchlet expect these elderly kinfolk to be forthcoming? The modern witch seeks to drop into a stranger’s life and expect to share their recollections and knowledge, and very often they will not be immune to having the wool pulled over his or her eyes! 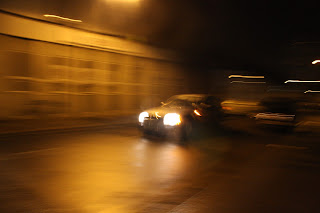 For the witch whose career confines them to an urbanised environment, regular Craft practice may often seem like a futile gesture, especially if home is a small, gardenless-flat. Even the suburbs can be magically incapacitating, if there is constant noise from traffic and neighbours. People work long hours; often setting off for work and getting home again in the dark during the winter months, without having the opportunity to notice the subtle changing of the seasons. Weekends are a constant battle with family commitments, domestic chores and socialising. It’s no wonder that the urban witch has little time or strength left for magical and spiritual development.

There are, of course, others who find themselves having to remain town and house-bound because of age or disability; because they are caring for an aged/infirm parent, or partner; or because they have small children. Urbanisation often provides on-the-spot facilities to make things easier on the domestic front but it cannot give the one thing that a witch needs most – privacy and spiritual elbow-room. So how do we manage?

We get up close and personal. And we reject the textbook clichés of what is, and what is not, recommended witchcraft practice. We do not follow stereotyping when it comes to when, where and how we perform our rituals simply because it may not be practically possible to always follow the instructions to the letter. For example: I am a Welsh witch and I come from a place midway between the mountains and the sea, but I have not lived in my homeland now for many years. It would be untrue to say that I never experience what the Welsh call hiraethus, that indescribable feeling of longing and home-sickness, but as we all know, in magical terms there is always a price to be paid for our Craft. During those long years, my career and domestic life has taken me to London (where I lived for 20 years), to the industrial Midlands and, more recently, to a totally urbanised area of East Anglia. Not once, before moving to rural Ireland, did I have the luxury of wild, open spaces – it was all concrete and asphalt. But not once, in all that time, did I stop being a real witch.

You can view Traditional Witchcraft for Urban Living on Amazon and on publisher Moon Books' website.