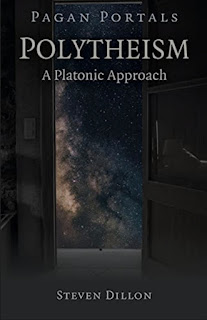 Steven Dillon is a pagan and a philosopher as well as authoring books on polytheism. He talked to me about what that means.Q. Before I ask about your books on philosophy, please could I ask you to describe your pagan path?

A. Thank you for the interview, Lucya!

My pagan path is very much deity-centric. When you hear that phrase, or something like it, you might think of prayer, ritual, offering, sacrifice, that sort of thing. But it might be less likely to conjure up images such as character building, magical practice, or venerating Nature. However, that’s just what my pagan path involves. To me, each God is an utterly unique way of being all things, and so I find Them under every stone.

As to the details, my personal practice is not really all that extravagant. Most often I converse with the deities who are nearest and dearest to my heart. And Asclepius is my absolute everything. That way They’re with me all throughout my day. This isn’t to make the sacred mundane, but to connect to the sacred more often. I make offerings to Them and celebrate particular feast days that seem sacred to Them. I also practice magic through the Gods, especially Asclepius, and am an avid environmentalist!

Q. What was it that started your interest in philosophy, and made you continue in it?

A. I was raised Roman Catholic and from a very young age I was absorbed in studying religious history and theology. For the longest time I thought philosophy was just…over-formalized opinions (which isn’t entirely off) and wasn’t as solid or sure as theology. But as I got older, I was really taken aback by the realization that other people could have all the same information that I had and yet come to completely different conclusions. This otherwise uninteresting fact was so surprising to me, I believe, because I was raised to think that all people needed to do was learn the Church’s teachings and they’d see that they were true. This humbling realization changed my life and sent me into a time of deep soul searching. During that time, I found myself embracing my vast ignorance and gravitating back toward the big questions that I’d always been so sure of: what is morality, do we have free will, is death the end, is the world eternal, and so and so forth. Philosophical questions struck me as captivating, and although I’ve lived different lives in this life, I guess that captivation has never really stopped. It’s similar, I think, to the inspiration that strikes artists: when it comes, it just takes the reins.

Q. I did a module in fundamental problems of philosophy as part of my BA degree many years ago, and discovered that I loved it, but I realise it can sound a bit academic and that many people only think of the Monty Python philosophers song and Bill and Ted meeting Socrates in a time-travel movie. Can you describe briefly what philosophy means and why it is important?

A. I remember that! Hilarious. I think I’m better at recognizing philosophy when I see it than I am at pinning it down. But, if I had to take a stab at it, I’d describe philosophy as an art and a science. As an art, it’s like an orienting of yourself toward the big questions. It’s to live out your curiosity about them, as well as your honest impressions of them; to allow your view of the Big Picture to influence your life. As a science, it’s a careful and logical investigation of the big questions.

I remarked above that it’s not entirely off to say that philosophy is over-formalized opinions. I was taking a jab at formalizations here. Since the deluge of interest in symbolic and mathematical logic, philosophy has become very analytical, and some papers are like reading a math textbook! This is to the credit of philosophy’s status as a science. But I think sometimes all the formalizations can distract from what is being formalized. And that’s what I’m most interested in. However, the logic has opened doors we didn’t even know were there, and we’ve found the most amazing ways to deduce things you’d never expect from simple assumptions commonly held. So in trying to represent various pagan beliefs and practices in the world of philosophy, I’ve applied all sorts of logical techniques with fascinating results, such as Bayes’ theorem, modal logic, and even some of the paraconsistent logics.

Q. You write about the platonic approach to polytheism. Could you explain that briefly? 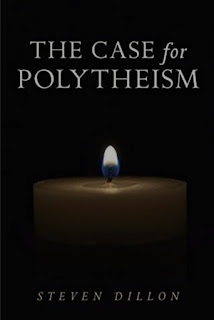 A. When I first engaged the idea of polytheism, I didn’t really have an organized view of the world. I just considered some reasons for thinking that there really are Gods out there, and I analyzed them with the logic and popular philosophical ideas that I had at the time. And I was honestly baffled that philosophers of religion did not take polytheism seriously: it was just dismissed, but not discussed. So I published my findings in The Case for Polytheism (Iff Books, 2015) and tried to make some noise. I also had the honor of being published in the polytheist journal Walking the Worlds three times between 2016 and 2018. But over those years, I began to discover an organized view of the world that placed a plurality of Gods at the center: Platonism. And it changed my life. I will forever be indebted to Dr. Edward Butler for patiently engaging with me in those early years and for making his works so available on henadology.wordpress.com; I honestly don’t know where I’d be if he hadn’t.

The Platonic way of approaching polytheism that I have in mind is in terms of each God being completely unique. The Platonists have this idea that the most fundamental feature of reality is what they call ‘unity’. Unity is a thing’s uniqueness, its identity, individuality, its self – there’s no easy English word to translate what they have in mind. But it’s an intuitive idea: each thing is first and foremost its self, everything else about it is added to it, you might say. For example, I’m a father, a brother, a soldier, a this that or the other. But all those things are things that “I” am.

Thinking about the Gods in this way has some surprising results!

Q. What would you say are the fundamental philosophical issues for pagans?

A. I think pagans bring a unique perspective to the big questions: we’re a very praxis focused people. So our answers might be expected to work from the ground up, from within our traditions and experiences. But paganism itself also raises questions that do not perhaps arise for people of other faiths or of none at all. Whatever is most central to one’s pagan faith or practice, I believe, would provide the fundamental philosophical issue for them to think through. For example, what is magic? Thinking through that question carefully, and perhaps with the aid of philosophical ideas about the nature of causality could be fundamental to those for whom magic is central. What is the value of Nature? Articulating that, perhaps with the aid of philosophical ideas about axiology (the study of value) could be fundamental to those for whom a veneration of Nature is central. And similarly for questions such as do our ancestors still exist or are we able to interact with them; or are there Gods and what are they like?

I should say that although thinking about such questions can involve skepticism, it doesn’t have to! Sometimes, all we’re doing in philosophy is trying to put our impressions, feelings, experiences into better words. And other times, we’re coming to deeper understanding and appreciation of ideas, or even allowing them to illuminate areas we maybe hadn’t considered before.

Q. For those who are interested in learning more about philosophy and its importance in pagan studies, apart from reading your books, what should they do?

A. As for philosophy in general, I would recommend trying to identify the questions that interest them the most! Once you have a question that’s sort of following you around, check out the Stanford Encyclopedia of Philosophy online, or search for the free lectures on the philosophy surrounding that question on YouTube. Chase the references, you’ll find…an entire world of exciting and powerful cases to be made one way or the other!

As for the importance of philosophy in pagan studies, we have a rich tradition of thinkers to draw from to illustrate the importance. In fact, pagan thinkers discovered philosophy, and made some of its most important developments. It’s easy, perhaps, for someone from my part of the world to point to the Western pagan thinkers, such as Parmenides, Plato, Aristotle, Plotinus, Iamblichus and so forth. And it shouldn’t be controversial that these thinkers are paradigms of how beautiful philosophy ties into paganism. But the world is much bigger than the West, and I cannot emphasize enough that interested people should check out pagan thinkers from every era and place. The richness of philosophy from Hindu, Chinese, African, Southern American thinkers (etc.) is vastly underrepresented in today’s philosophy – to our loss. 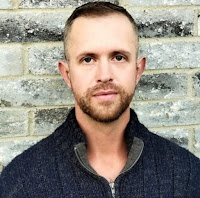 A. I think each profession or job provides a unique way for one to live out their philosophical ideas or faith. The military is peculiar in, say, that it is the organ of national defense. This function places military members in a close existential proximity to the big questions. The skills we develop as a profession can make for fascinating ways of channeling your values and ideals. Moreover, I think people can grow closer the more they go through together, and the soldier’s proximity to the big questions can quickly translates into character formation. But it also provides pagans such as me the opportunity to live our faith in ways that others may not have needed to, or even thought to. So, I actually have a field kit that I bring during lengthy training events or deployments that is tailored to that sort of environment! And interpreting my profession through the character of Asclepius has really opened my eyes to how perspectival things can be.

Q. Is there anything else you would like to say?

A. Thank you again for this opportunity! And, I suppose, to those who end up reading my books, or works like them, if this sort of thing is something you’d like to see more of, please let us know! I’m a big advocate for bringing philosophy into pagan studies. It would be so great to foster a community around that.

Pagan Portals - Polytheism is due to be published in July and can be pre-ordered. You can view it on Amazon and at publisher Moon Books' website. The Case for Polytheism can also be viewed via Iff Books.
Posted by Badwitch at 08:00