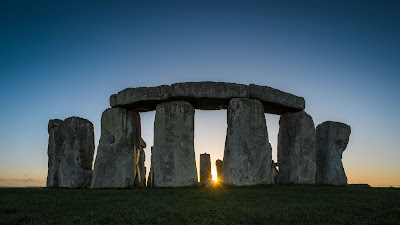 The World of Stonehenge exhibition is opening at the British Museum on 17 February. Stonehenge was built 4,500 years ago, around the same time as the Sphinx and the Great Pyramid of Giza in Egypt. The exhibition sets the monument in the context of one of the most remarkable eras on the islands of Britain and Ireland, which saw huge social and technological revolutions, alongside fundamental changes in people’s relationships with the sky, the land and one another. 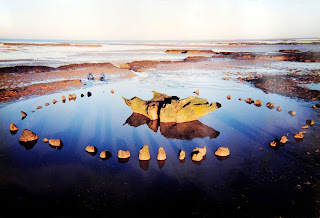 At the heart of the exhibition is the 4,000-year-old Bronze Age timber circle, dubbed Seahenge due its similarity to Wiltshire’s Stonehenge. It is a hugely significant and extremely rare surviving example of a timber monument that has also been called “Stonehenge of the Sea”. It reemerged on a remote Norfolk beach in 1998 due to the shifting sands, and it consists of a large upturned tree stump surrounded by 54 wooden posts. The oak posts, some up to 3m tall, were tightly packed in a 6.6m diameter circle with their bark-covered sides facing outwards. Inside the circle was a mighty oak, its roots upturned towards the heavens like branches. Collectively the circle creates a giant tree. A narrow entranceway was aligned on the rising midsummer sun and it is thought this monument was used for ritual purposes.

Dr Jennifer Wexler, project curator of The world of Stonehenge at the British Museum, said: “If Stonehenge is one of the world’s most remarkable surviving ancient stone circles, then Seahenge is the equivalent in timber. But as it was only rediscovered in 1998, it is still relatively unknown. We know about some aspects of the monument, including that it was constructed in the spring and summer of 2049 BC, from mighty oaks. But there’s much that still eludes us, including exactly what it was used for. Perhaps the central upturned trunk was used in funerary rituals to support a dead body. Perhaps entering the circular shrine brought worshippers closer to the otherworld. By displaying Seahenge in this exhibition we hope to bring it to a wider audience, and it provides an unparalleled opportunity to time travel back to the moment when circles of stone and timber were at the heart of people’s beliefs.” 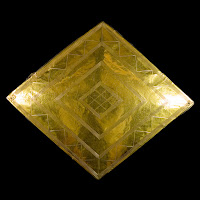 Two items on loan are rare and remarkable gold cone-shaped hats - the Schifferstadt gold hat from Germany and the Avanton gold cone from France. These are decorated with elaborate solar motifs that reflect the religious importance of the sun during this era. Visitors will also see some of the most important objects unearthed in the Stonehenge landscape. On loan from Wiltshire Museum will be the whole hoard of objects that accompanied a burial known as the Bush Barrow site. From Salisbury Museum will be the treasures buried with the Amesbury Archer, a man honoured with remarkable grave goods after his death. His grave contained the richest array of items ever found in a Bronze Age burial site in the UK, and 39 of these items – including copper knives, gold ornaments and flint tools – will be on show.

The World of Stonehenge runs from 17 February to 17 July 2022 in the Sainsbury Exhibitions Gallery at the British Museum. You can find details and tickets here: www.britishmuseum.org/stonehenge