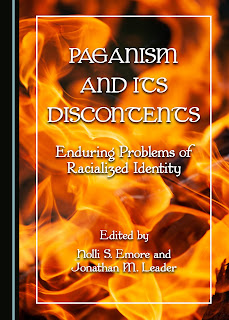 This thought-provoking and itmely article, about how to spot signs of bigotry in Modern Pagan Witchcraft, was written by William Hunter...

I have watched in growing horror as our fellow pagans of the Northern traditional have battled the co-opting of their symbols, myths, and customs by openly racist, homophobic white supremacists. (Grundy, 2020 - book pictured right)

The echoes of the steps which led to this open discrimination in Heathenry are echoed right now within Wicca. The actions are not new, the methods are not original. We can, if we want, identify and act against them. In this short piece I want to talk about the homophobia and transphobia gaining traction in the craft. In some quarters I believe we can see attempts being made to hardcode these phobias into the very heart of Wicca.

If you think I am being alarmist, exaggerating, being triggered, then you are exactly the person I am writing this for. I do not want you to agree with me, I don’t want this to be read only by people who agree with me. I ask you to read, think and keep questioning. If I am wrong, then articulate why I am wrong. If this makes you uncomfortable, then explore why it does. We should always challenge ourselves and try to embrace the discomfort that can sometimes accompany that internal alchemy.

Why Wicca is at risk

Paganism presents a fertile ground for extremism, and Wicca in particular. Any group that has an “in and out” a “them and us” as a core idea is at risk. By virtue of being an initiatory cult we risk presenting ourselves as better or special because we are part of the club. This is only one part of the dangerous mix which I believe makes us so vulnerable, the other being the concept of mythical history. Our religion was built on the idea of an imagined history, a better time, combined with a persecution narrative. This lends itself to an easy co-option into a pure history myth and an “under siege” mentality.

It is seductive. This idea of being part of the few who are on the inside, working against the great others, on a noble quest to set things right. If only we could all get behind the goal, stamp out our internal division, uncover the malcontents within our own ranks who are dragging us all down and threatening our goals! 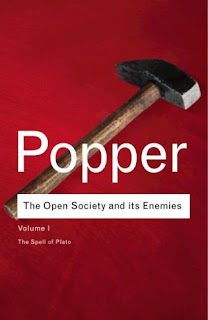 The paradox of tolerance

While I can agree with and even encourage a willingness to accept behaviours and beliefs that are different from my own, even if I disagree with or disapprove of them. I do this because I believe many differences between people in terms of beliefs and behaviour are fundamentally harmless; and they should be tolerated. Actions in another’s circle do not affect mine, nor will they change how I train my students. However, when the discussion of difference between people in terms of beliefs and behaviour involves prejudices and dehumanization they should not and cannot be tolerated.

“We should therefore claim, in the name of tolerance, the right not to tolerate the intolerant. We should claim that any movement preaching intolerance places itself outside the law.” (Popper, 2011 - book pictured right)

While we can be tactful in dealing with intolerance it should not be tolerated when it encourages the dehumanization of another. For tolerance to survive we must never tolerate those who would undermine, replace, and enforce their own standards upon any of us.

The dangerous use of emotional language

The imagery of one righteous, upstanding group being undermined by a vile, insectile, less than human “other” is an evocative one. We are primed to respond instinctively to the idea of parasites, infestation, and corruption. There is an ancient part of our mind that was birthed to protect us, to respond quickly and without rational thought to such threats. 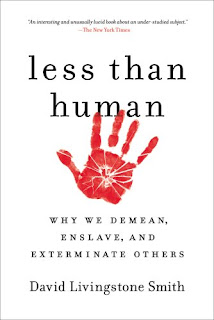 The invoking of this primitive, emotional response is not accidental. The use of such provocative language is not unconsidered, nor is it original. Any modern author using a parasitic analogy to describe their opposition might well be accused of plagiarism, so often has the use of rodential parallels been used in racist, homophobic and eliminationist literature. (Smith, 2012 - book pictured right)

By conflating the expressed phobia with topics the audience can all relate to (tradition, initiation, lineage, etc) and have pre-existing emotional investment in, any rejection of the phobic language can be recast and redirected. As a bystander we might not naturally hear the homophobia, antisemitism, or transphobia because the language is subtle and designed to only provoke one audience while encouraging another. What we do see however is a reaction, a rejection, perhaps hostile, the “cancelling” of a person and we the audience don’t understand why this has happened. This, again, is part of the strategy. The provocateur can now claim to be the one under attack, and they get to define that attack to their audience.

In all this the provocateur can position themselves as defending you! The one who shares their feelings about tradition, initiation, lineage, etc, without highlighting that the issue taken is with the conflation of those tenants with their own biases, not with the values they are using as a cover.

All of this is done so that you, who value tradition, initiation, lineage etc, can feel threatened. What choice do you have but to side with the one who professes to share and even protect your values?

This is the trap. Your emotions are being manipulated and your fears stoked for others' agendas. When you have that gut reaction, when you are told to feel angry, threatened, disgusted, then pause and ask yourself, “Why?”

“I am not a homophobe! I just dislike all terms, culture manifestations, slang terms and stereotypes of gay people.”

What a wonderfully cowardly way of setting up a position! Use provocative, hurtful language and when it provokes and hurts people, they can claim to be the one being attacked.

The bigot is a coward and seeks to justify their fear by presenting themselves as perpetually under attack while heroically always standing up to their oppressor. At once the enemy is weak and stupid, while also being overpoweringly strong and cunningly clever.

So often when this is challenged the response is that the party crying “Homophobe!” are the real cause of the issue. It is divisive to call people homophobic when they are just talking about something “traditional”. It just so happens that the language used, and the environment constructed is unwelcoming and exclusionary to precisely the community that is calling foul.

We have explored how this is part of the objective, to provoke something that can be claimed as an attack. If we reject that narrative then we are free to explore what is really happening, what is the real objective behind the distraction and theatrics.

The objection to the phobia is redirected, pushed on to the “tradition”, the “roles of Priests”, or some such, the argument is always that something that people care about is under attack.

“I never meant anything bad about the homosexuals, but now look! See how they are threatening everything, just like I said they would!”

The greatest threat to those who would emotionally manipulate you is the ability to calmly consider. The goal of the bigot is for you to unknowingly internalise prejudice towards others.

Be careful, this is about the audience

If you have been drawn to the people, institutions, or publications that you feel I might be describing then know it is okay to be angry, embarrassed, or confused. You have been the trojan horse, you have been used. Your innocent articles, your well-meaning friendships, your tolerant debating. All of this has been used to provide legitimacy, to facilitate entryism.

Creeping intolerance is never announced, it is not declared. It knows that it has no place in our community so must undermine, weaken, and seduce us.

It is even okay to have concerns about tradition, to express those concerns. You are not phobic of anyone because you have questions. However, when the conversation is claimed by phobic people it allows them to say your very questions are a sign of allegiance to them. Many of your genuine questions have been used in bad faith, so be forgiving if you can when people suspect you at first.

Wow! This is an eye opener. Even our local knit & natter group, comprising mainly ladies of a certain age and in many cases a lot older, have welcomed a transgender member without any notion of it 'going against tradition'. When I first went to Witchfest in 2002, one of the first things I noticed was how friendly and helpful everyone was, and accepting of all the various creeds and practices that were represented there. It's sad to think so much rancour has been growing and festering in the Pagan world since then. It's even crept into some of the witchy circles I move in, and is usually dealt with by people being asked to leave. I do hope they can get themselves sorted out.

Jane, yes, things are nastier than they used to be aren't they.