Celebrating Imbolc: the start of spring 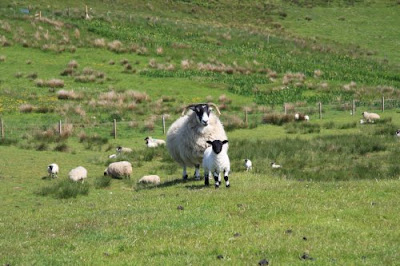 I do love the first signs of spring - snowdrops and a few early bulbs just beginning to wake up and poke their heads out of the ground, and the mornings and evenings getting just that little bit lighter.

By the start of February, although there can still be many more days of freezing weather before the final thaw, I am definitely ready to say good-bye to winter and welcome in the coming season.

This is why I love Imbolc, the pagan festival to mark the quickening of the year, which takes place on February 2. The word Imbolc is thought to be derived from the Gaelic word Iomelc, which means ewe's milk, and may originate in an old Irish festival at the start of the lambing season.

Many witches honour Brigit, Celtic maiden goddess of the hearth, marriage, healing, poetry, smithcraft and plenty. Catholic Christians venerate St Bride, a 6th-century abbess with a remarkably similar name to the Celtic deity. Many holy wells are dedicated to her but may also have been sites of earlier pagan worship.

Another festival at this time is Candlemas. This may have started as a Roman festival to honour the goddess Februa, the mother of Mars, in which candles were carried through the streets in honour of mothers. The Catholic Church chose this day for Candlemas, a special mass in which candles are blessed and handed to the congregation, in the 5th century. Catholics honour the Virgin Mary on this day.

It certainly feels right to be celebrating new beginnings, even if you don't want to attach any religious significance to the time of year. Many parts of the UK, particularly in Scotland, have started putting on snowdrop festivals in early February. This is a great way to get outdoors and admire nature in bloom once more.

If you want to take part in a pagan Imbolc celebration, but are not in a coven, there are many open ritual you could attend such as those listed on the events section of my blog. Or you could light a candle on your own and make a wish for yourself, then later donate a coin or two to charity as an offering.


Some books on witchcraft recommend planting seeds at Imbolc, but it is often still too cold for young plants to survive outdoors unprotected. If you fancy a little gardening, it is better to plant seeds in window boxes, a greenhouse or under a cold frame. Or you could just spend a morning tidying up your garden after the winter storms.
Posted by Badwitch at 08:01

your articles help me follow the pagan traditions, thank you!