God of the Week: Vulcan 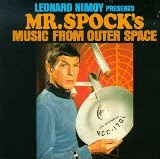 This Sunday, August 23, is Vulcanalia. This is not an event where Star Trek fans dress up as Mr Spock, it is an ancient Roman festival of the God of Fire - Vulcan - so I decided to choose him as The Bad Witch's God of the Week.

According to Roman mythology, Vulcan was the son of Jupiter and Juno, the king and queen of the gods, but he was such an ugly child that his parents rejected and abandoned him. He was found by the sea-nympth Thetis, who raised him as her own in a beautiful garden under the sea, where he was very happy. Eventually, Vulcan discovered he had powers to control fires of all kind - from the destructive force of volcanoes to the beneficial fires of the forge - and he became skilled at using this for smithing. Although he himself was ugly, he could create the most beautiful jewellery and ingenious devices with his hammer and anvil.

Perhaps Vulcan's ugliness is the reason I had difficulty finding suitable images of the god to use on my blog. People make statues and pictures of beautiful deities, but not ugly ones it seems.

Vulcan has certainly given his name to some serious macho heavy machinery and weapons of war, which is in some ways appropriate for the maker of weapons to the gods, but rather denies Vulcan's gentler side, which he also had.

Perhaps that is made up for by Vulcan also giving his name to the Star Trek planet inhabited by coolly-logical aliens with advanced mind powers, a deep sense of spirituality and not known for being particularly aggressive. And there were plenty of pictures of Mr Spock to be found - including the wonderfully retro album cover of Mr. Spock's Music from Outer Space 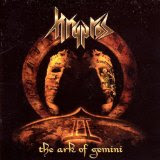 I haven't heard this album, so I don't know what the music sounds like, but I'm imagining something relaxing and cerebral with ululating theramins - quite the opposite of the loud and ferocious track Vulcan

by Indian heavy metal band Kryptos on their 2008 Ark of Gemini album. This is definitely about destructive side of Vulcan, God of Fire, with the words:

"Ready the force for battle,
Blood, iron and steel,
Invoke the secrets of fire,
Shadows upon the oaken wheel.

Stoke the furnace of truth,
Rekindle the desire and sin
For I am the amoral
The hammer on mortal free will."

, where the Night on Bald Mountain segues into Ave Maria. In the first wild and ecstatic piece, the nocturnal demon Chernabog rises from the dormant volcano and calls ghosts, skeletons, witches and spirits from their graves, then summons fire and lava to make them dance before dropping them into the fiery pit.

As dawn breaks, his revelry is ended. The gentle refrains of Ave Maria usher in a candlelit procession of white-robed figures as they pass through forests at the base of the mountain and Chernabog sinks back to to the mountain's deeps from whence he came.

The animator's original plan was for the candle-bearers to enter a church, but Disney decided this was too religious and opted for the forest setting, which to my mind leaves it open to the more pagan interpretation that this scene shows the contrast of night and day - or a wild partying followed by the need for calm meditating - rather than necessarily showing the fight between the forces of the Christian god and devil.

And maybe that thought is a good omen for this weekend. I've been invited to two parties tonight and I'm still trying to decide what one to go to, but whichever it is I certainly hope it's a good one. Then tomorrow, maybe I'll light a candle and meditate on the gentler aspects of fire for Vulcanalia - perhaps while listening to some chill out music and sipping a hangover cure.

Can you be little more descriptive? I don't get your theme.


Cash Online Get Easy cash at your door step

Hi Rita, Vulcan is the Roman God of Fire, he governs both the beneficial aspects of fire, such as gentle and romantic candlelight to the destructive force of a volcano. Fire can be wild or tame, it can be used for to help man - such as in smithing - or to harm man - such as in war. My theme was trying to show that contrast and dichotomy via music and imagery. Does that explain it better?