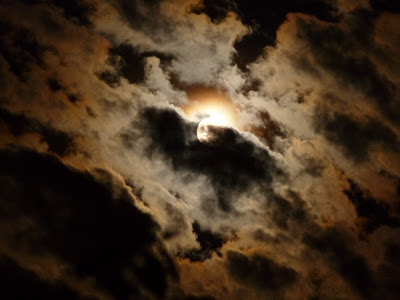 Tonight is the Harvest Moon.

Londoners travelling home from work will be doing so under the full moon, which is at 5.03pm London time. Friday evenings are always a good time to celebrate. The full moon can only add to that, and this particular full moon has always been linked to celebrations.

In agricultural societies it was time to celebrate the bringing in of the harvest, but even for modern city-dwellers it is a fine time for a party as summer gives way to autumn. That is why another name for the Harvest Moon is Singing Moon.

In ancient Rome, September 4 was also the start of the Ludi Romani - the Roman Games - a religious festival in honour of Jupiter, King of the Gods.

The games included chariot races and other feats of horsemanship as well as martial contests such as boxing. It also included other forms of entertainment such as dancing and drama, and the Ludi Romani was the festival that first introduced Greek-style drama to Rome.

The Roman Games went on until September 19. If you fancy celebrating in Roman style you might want to book tickets of Ben Hur at London's O2 Arena. This spectacular new live production of the epic tale with its famous chariot race is on at the O2 from September 15 to 19 - timing which I am sure is deliberately matched with the dates of the ancient Roman festival.

If you aren't in London, you could always have your own Roman Games festival and challenge your mates to a board game simulating the excitement of the Coliseum, such as Ave Caesar

- a fun but ruthless chariot race with very simple rules.

Isn't the Harvest moon the moon closest to the Autumnal equinox? If so, doesn't this year's Harvest moon fall in October at it is nearer?

September 4, 2009 was actually a Hunter's moon. This year the Harvest Moon fell on October 4th.