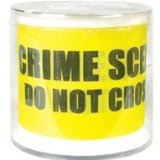 With both Valentine's Day and Chinese New Year nearly upon us, I thought it would be a great idea to pick an oriental love goddess as The Bad Witch's Goddess of the Week.

So, I went to the extremely useful godchecker.com to find one. Looking for love in the Chinese pantheon - well, searching those phrases using the site's Find a God function - I came across Zi-Gu, Goddess of Toilets, snuggled between the buffed-up Lurve Gods.

Obviously, I had to read on.

Apparently Zi-Gu was the beautiful wife of an actor who lived during the Tang Dynasty and was the victim of a terrible crime of passion. A high-ranking official called Li-Jing fell madly in love with her. Crazed with fervour, he murdered her husband before forcing her to become his mistress. But Li-Jing was already married, to a wife as bloodthirsty as himself. While Zi-Gu was on the lavatory one day, minding her own business, Li-Jing's wife burst in and slaughtered her.

But that wasn't the end of poor Zi-Gu as her ghost haunted the toilet chamber, wailing and moaning and terrifying anyone who tried to use the facilities.

Eventually Empress Wu flushed out Zi-Gu's ghost by blessing her. This act deified Zi-Gu, who took on the role of the Goddess of Toilets. She appears in the form of a beautiful woman, her lower body wrapped in clouds rather than sitting on the throne.

Perhaps because the lavatory is often used as a place of contemplation, Zi-Gu is also the Goddess of Spirit Writing. Mediums sometimes call upon her for messages from the astral plane. I am told it works best if you use toilet paper to write on.

pictured is available from Amazon

[url=http://everydayfunnypics.tumblr.com]Funny pictures tumblr[/url] for everybody with good sense of humour