God of the Week: Maahes 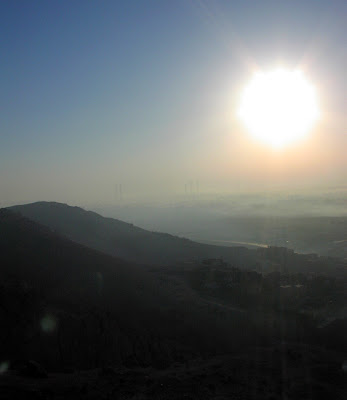 With the Summer Solstice in just a few days, I have chosen Maahes, the Ancient Egyptian god of midsummer, protector of the barque of the sun and guardian of sacred places, as The Bad Witch's God of the Week.

Maahes is depicted as a lion or a lion-headed man carrying a sword or knife, and is a rather warlike deity. According to the website, wepwawet.org/wiki, common epithets for Maahes include Lord of Slaughter, Manifester of Will, Avenger of Wrongs and even The Scarlet Lord, because he was rather partial to bloody sacrifices.

Ancient Egyptians saw Maahes personified in the heat of the midsummer sun, which can be pretty deadly in hot, desert countries.

However, he isn't all that bad. In his guise as a god of war, Maahes fights the enemies of the god Ra, battles evil, defends the innocent, protects initiates and guards magical places. He is also called Helper of the Wise Ones and can be called upon to guard magic rites.

I do hope our sacred places and solstice rituals don't require any warlike protection this year, but it is worthwhile remembering that not so long ago a battle did take place just outside Stonehenge stone circle, in Wiltshire, in the run-up to the Summer Solstice.

On Saturday, 1 June, 1985, Wiltshire Police clashed with several hundred new agers, travelling as The Peace Convoy, on their way to the 11th Stonehenge Free Festival at Stonehenge. The incident became known as the Battle of the Beanfield.

English Heritage, which manages Stonehenge and was worried about potential damage to the ancient monument, had been granted a four-mile exclusion zone around the stones. However, the police were accused of using extremely heavy-handed tactics when they tried to enforce this and stop people arriving at Stonehenge to celebrate the Summer Solstice.

Eye-witness accounts said that officers beat unarmed people on the head with truncheons, including women and children, and used sledgehammers to trash travellers' coaches. Many travellers were arrested when they tried to escape through a beanfield, which gave the incident its name, The Battle of the Beanfield.

After many years of negotations between pagan groups and English Heritage, people were once again allowed to worship at Stonehenge at the Summer Solstice. This year, from Sunday, 20 June, to Monday, 21 June, English Heritage will provide what it calls "managed open access" to Stonehenge to honour the sun on the longest day of the year. There will also be a one-night free festival near the stones.

For details about other Summer Solstice events, visit http://www.badwitch.co.uk/2010/06/summer-solstice-open-rituals-and-events.html

The picture above shows sunrise over The Valley of the Kings, Egypt, and was taken by myself, The Bad Witch, from a hot air balloon while I was on holiday there in 2003.