The Chiding Stone - a pagan mystery 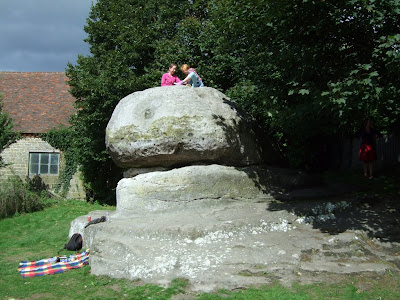 If you are looking for somewhere to go for a lovely day out this autumn, I would recommend going to see the Chiding Stone, in Kent, near Chiddingstone – a picturesque village owned by the National Trust.

The Chiding Stone is a large sandstone boulder on the edge of a field, and has a bit of a pagan mystery attached to it in the form of local legends about its history.

Although the stone is natural, it clearly has great local importance that may date back to ancient pagan times and folk tales say it was once used by druids as an altar or place where judgements were made. Another popular story is that in medieval times, nagging wives, wrongdoers or witches were brought to the stone to be chided as punishment by an assembly of villagers. It is also said to be an old Saxon boundary marker.

There is no strong evidence to support or disprove any of these theories, but the tales are intriguing. The Chiding Stone clearly holds a sense of importance to people even today, as it is covered with graffiti inscribed by those who felt they wanted to make their mark, declare undying love or simply state that they were there. 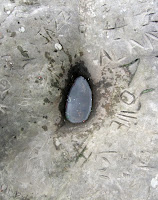 Now, I am not a fan of people putting graffiti on important spiritual sites or ancient monuments and if every visitor carves their name in the soft sandstone of the Chiding Stone it will soon be worn away to nothing. So please, if you go there, do not damage it.

Nevertheless, I have to say that when I visited the site in the summer, I felt that the messages people had left on the Chiding Stone seemed sincere rather than wanton vandalism, and had not destroyed the atmosphere of the place quite yet.

There are also some lovely country walks in the area. A couple of books with good ones include: Kent (AA 50 Walks Series)

and The Rough Guide to Walks in London and Southeast England.

If the weather turns cold or wet I can recommend the local pub, The Castle Inn, in Chiddingstone, which you might recognise because it has appeared in films and TV dramas including A Room with a View and Wind in the Willows. It isn’t the cheapest pub you might find, but the food and beer are very good.

Chiddingstone Castle, on the edge of the village, is also well worth visiting and has some interesting collections of Japanese and Egyptian artifacts.

The photos were all taken by myself, The Bad Witch. I have no idea who the children in the picture are, or the woman in the shadows, but they gave me permission to photograph them. 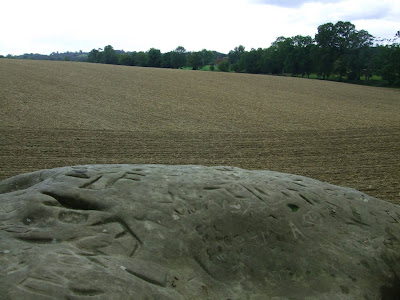 The Rough Guide to Walks in London and Southeast England.