A Halloween Spell: Burying the Past 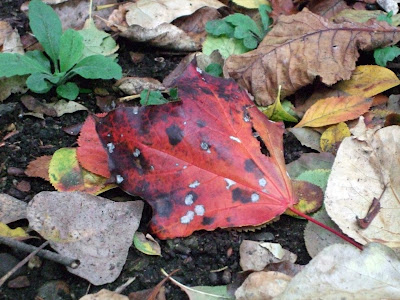 Here is a spell to cast on Halloween, or at any time in autumn during a waning moon.

Then go back inside and have a wake for whatever you have buried, perhaps with a warming drink and something nice to eat.

NOTE: This spell should NEVER be cast for a person; it should only be cast for a thing such as a bad habit or an addiction (smoking, for example). However much you may wish to see the last of your boss, your ex or an annoying neighbour, to cast a spell like this on them would be a curse, which is a very bad thing to do and could well rebound against you.
Posted by Badwitch at 08:01

What a simple, fabulous spell! Thank you.

I've heard of this (or something similar) before, and I love it for its simplicity. And lord knows we all have some things that need letting go of =)

I suppose this spell could be used for a person with a little tweaking of the words. Like if you wanted to get rid of your feelings for someone. That would be different. I really like this spell though, it utilises nature in a lovely way. Great job!
Bright Blessings
Deep~Glade