Walking into the Grey Soul of London 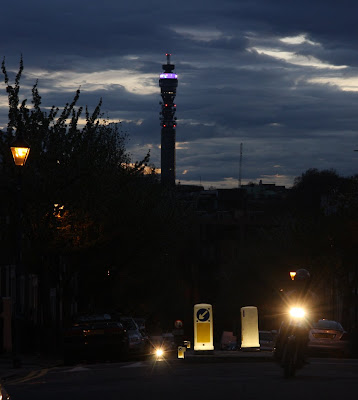 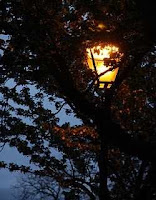 I took these pictures of a London twilight last Sunday while walking into the "Grey Soul of London" - the title of a guided tour looking at the myths and mysteries of Finsbury and Islington.

The walk was organised as part of the Museum of London's Urban Myths season and was run by Robert Kingham, who also devised Align, an illustrated talk about London's ley lines and psychogeography.

Using a mixture of historical and literary accounts, this walk into London's mirky past first followed the path Oliver took in Charles Dickens' book Oliver Twist,

as he descended into Fagin's criminal network through his meeting with The Artful Dodger. Later it described areas of London as seen through the eyes of horror writer Arthur Machen.

The route took in places that were once pleasure gardens, brothels, cock fighting pits, drug dens and rookeries. There were many stops at watering holes - pubs for refreshments along the way, but also sites of famous wells, such as Sadler's Wells, Clerkenwell and even the wonderfully named and at one time infamous Black Mary's Hole. It seems that, at least in this part of London, wells, springs and places to find water also became places of entertainment, licentious behaviour and crime.

This part of London seems quite respectable these days, but sometimes, especially at twilight, you might just glimpse the ghosts of the past beckoning you to descend below the civilised world you see on the surface and join their wild revelries. 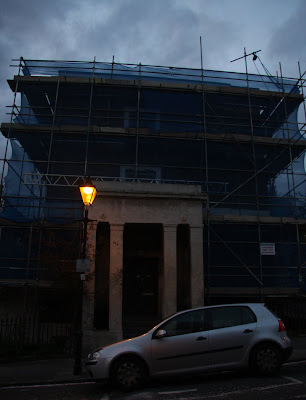 The Great God Pan and the Hill of Dreams

That sounds fantastic. :D Very much my sort of thing.

That first photo is really beautiful.