God of the Week: Ra 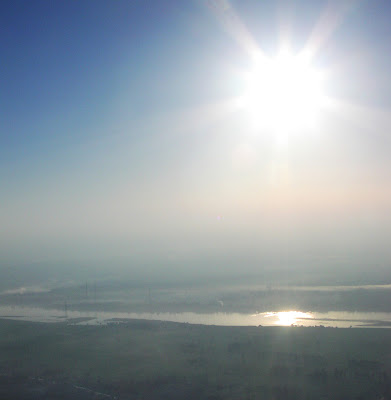 As today is the Summer Solstice - or midsummer - when the sun is in the sky for longer than at any other time of the year, I have chosen Ra, the Egyptian God of the Sun, as the Bad Witch's God of the Week.

Ra - sometimes spelled Re - was the most important deity in ancient Egyptian. He was mostly identified with the mid-day sun, which was seen as a force of light, heat and growth, but was also considered to be the god who created all forms of life. The disc of the sun was considered to be either the body of Ra, or the Eye of Ra.

Ra was thought to travel through the sky each day on a boat, accompanied by other gods and goddesses including Sia (perception), Hu (command) and Heka (magic power). Every evening, Ra would travel on the night boat through the underworld to be reborn each morning.
Mythology website www.godchecker.com says: "He has a very strange relationship with the Sky Goddess Nut (who arches backwards across the world and probably symbolises the Milky Way). In the evening he sails through her mouth and then has to battle through her nightmare insides. Like some computer-devised video game, he wends his way through 12 gates at the rate of one per hour without getting zapped by malevolent hideous monsters. And like some end-of-game baddie, the snake God Apep lies in wait hoping to gobble him up. Once these perils are transversed, he then surfaces via Nut's birth canal to greet the new day."