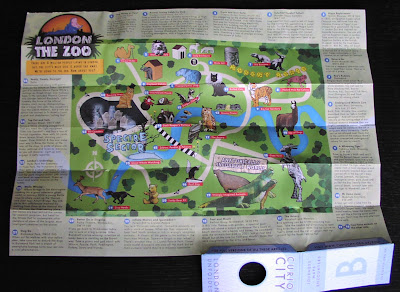 Last Thursday evening I was invited to an event called London on Foot: A Curious Evening of Conversation and Film. It was the official launch of Curiocity's second issue, which you can see pictured above.

When I got the invite it was too late to blog about it in advance. I didn't really have much idea what it was going to be about anyway, but it turned out the be one of the most fascinating evenings I've had in a long while.

The venue itself was delightfully unusual - the upstairs rooms at Seven at Brixton. This is a  tapas bar tucked away in Brixton's labyrinthine indoor market with five interconnecting rooms upstairs that serve as an art gallery and function space. It has the kind of urban decor that makes you feel like you've entered some sort of post-apocalyptic safe house for underground graffiti artists. Go have a look for yourself next time you're in south London - and try the Spanish cider while you're there - it's well worth it.

Tom offered useful tips for walking in London - including the good advice that pubs are better than cafes if you want to rest your feet while on a long walk and that even the scariest parts of London seem safe on a sunny Sunday afternoon.

followed on with a slideshow of places where you can still spot rivers that once flowed above ground and are now covered by the capital's streets and buildings.

The highlight of the evening was a screening of the film The London Perambulator. This is an odd documentary about London psychogeographer Nick Papadimitriou. It follows Nick as he walks through some of London's overlooked and derelict areas and talks about his theories on "deep topography". The film includes interviews with Iain Sinclair, Will Self and Russell Brand.

While I was there I bought a copy of Curiocity. This is a magazine and a map, together with a web community, aimed at Londoners. It offers unusual ideas for journeys around the capital and things worth seeing. This issue is all about animals and one side is a map showing creatures of the city, while the other offers interesting facts and suggestions of places to visit. It includes a few things I've already blogged about, such as the dinosaurs at Crystal Palace Park and an animal graveyard in Greenwich. But it also mentions many things I didn't know about and will now make a point of looking for, including a llama farm in London's docklands!

You can find out more about Curiocity here: http://www.curiocity.org.uk/

At first glance of the map I was thinking how the place was great to serve as a film shooting venue and I was right. The story revolving Nick Papadimitriou is complimented by the place's complicated ups and downs. It's got a lot of surprises and twists as well as how his story flows. London is always a fascinating place to go to.

This is a great little walk, i've been on many Tours of London, this is one of the best, it is almost as good as Jack The Ripper tour, but that probably because that interests me more :)

This fascinates me a lot. I have heard more about Jack the Ripper, so I would love this tour.