Tonight's Transit of Venus is a Powerful Time for Magic 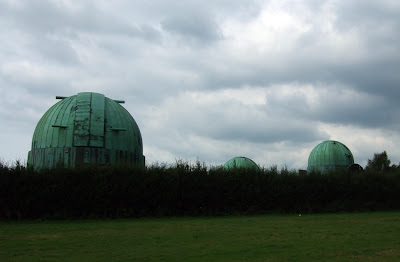 Tonight there is a rare celestial event known as the transit of Venus, when the planet Venus will appear as a small, dark disk moving across the face of the Sun. Transits of Venus are among the rarest of predictable celestial phenomena and occur in pairs eight years apart. The last transit was in June 2004, the next pair of transits will not occur until December 2117 and December 2125.

Magically, this is a very powerful time. Venus is the Goddess of Love, but also rules all our heart's desires. The Sun is the most potent source of life energy. The Sun and Venus also represent male and female, the God and the Goddess. This night, when their paths appear to cross, is a very good time to make an affirmation for what you truly want in life, as well as being the perfect time to declare your love to someone.

Venus is also the Goddess of Gardens, so the days either side of the transit of Venus is ideal for tending to your garden - or for working magic to help the environment.

In the UK, the transit of Venus will be visible for about an hour from sunrise on June 6, at around 4.45am, but never look at the sun with naked eyes as it can damage your sight. Many observatories, such as the one at Herstmonceux in Sussex (pictured), are organising special events so members of the public can safely watch the transit.

To me, the transit of Venus represents the awakening of the Divine Solar Feminine, or might I say a reawakening of a goddess form who has lay dormant for some years. It is time to remember our Mother Sun!

Oathbound - It is certainly a good time for honouring solar goddesses.