Happy Winter Solstice! Plus Things To Do Over Yule 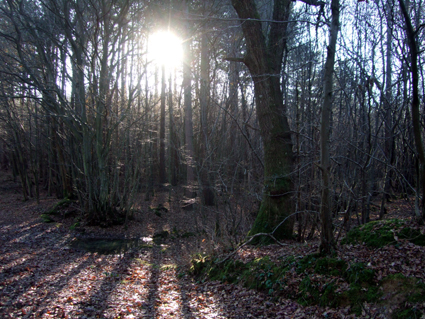 As this post goes live, the sun will be just about to rise on the morning of the Winter Solstice. The pre-dawn twilight began at 7.24am and the sunrise is due at 8.04am to be precise.

Happy Winter Solstice to you all!

The actual time of the Winter Solstice itself is 11.11 am this morning - that's the moment when the sun reaches its lowest peak-day point in the sky for the entire year, before slowly starting to climb again. The Winter Solstice is the shortest day of the year, with 7.49 hours of daylight. Sunset is at 3.53pm today.

This morning, there was free open access at Stonehenge from about 7.30am until 9am for those wanting to watch the Solstice sunrise from the ancient site. The stone circle will close at 9am and re-open to paying visitors at 9.30am, so you could go and watch the actual Winter Solstice there if you fancy it. For more details, visit http://www.visit-stonehenge.com/

Here are other Winter Solstice celebrations and other pagan events taking place in London and southern England over Yuletide:

Friday 21 December; Winter Solstice at Chalice Well World Peace Garden, in Glastonbury. Gathering at the Well Head at 12pm for celebration and meditation until 12.30pm, then gather around the fire on the lower lawn for quiet conversation. Free admission from 10am until noon, then normal price admission. For more details about Chalice Well, visit the website http://www.chalicewell.org.uk/

Friday 21 December, 3 Magic Words - European Film Premiere at Odeon Leicester Square, London. Film screening followed by a panel discussion including Dolores Cannon, Michael Perlin and Maura Hoffman, then a World Peace Prayer. Watkins estoreric bookshop will be having a stall at the event. Start time 7.30pm. This will be followed an after party from 11pm to 2am. For more details and tickets, visit http://www.3magicwordslondonpremiere.com/

Saturday 22 December; Outdoor Yule (Mid-Winter Solstice) Open Ritual in Croydon, South London. A special ritual to mark the end of one Mayan cycle and beginning of another followed by a feast with home made bread, mulled wine and some woodland cooking. Meet at Coombe Lane tram stop in Croydon by 2pm to be collected for a short walk to the ritual site. For more details: http://www.pflondon.org/html/open_rituals.html#H-open-rituals

Saturday 22 December; Druidic ceremony to celebrate the Winter Solstice (Alban Arthan) at Avebury stone circle in Wiltshire. Meet at the Red Lion pub from Noon for ceremony around 2pm. The ritual should end at 3.30pm, then back to the pub. Overnight camping is allowed in the overflow car park on Friday 21 December.

Sunday, 23 December; Anderida Gorsedd Winter Solstice open ritual at the Long Man of Wilmington, Sussex. Meet near the car park between 1.30pm and 2pm for a walk up to the chalk hill figure at 2pm. Afterwards back to the Giants Rest pub in Wilmington for a social drink together.

Sunday, 23 December; Solstice. Yule and Christmas Vigil to honour The Goose and the outcast dead of Cross Bones Graveyard, followed by carol singing and other seasonal songs. Gather from 6.45pm in Redcross Way outside the Memorial Gates, SE1, opposite the Boot and Flogger, just north of the junction with Union Street. Nearest tubhttp://www.crossbones.org.uk/es Borough or London Bridge, 5 minutes walk away. The event is free.

Blessed Yule to you, Bad! Hope from this one to the next is full of good things. xx

I have just removed the content from a comment because it was advertising a site that sells spells and readings because I know people who have been totally ripped off by sites that sell psychic and magical services. It is far better to do your own spells for free in my opinion. Paying small amounts for personal tarot readings is OK - but not paying large amounts for onine readings.