A Little Sunlight Can Help Beat the Winter Blues 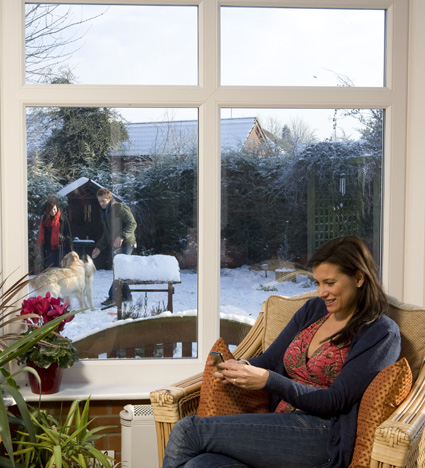 For some reason this January I've been struggling with the winter blues. I'm not really sure why. Although the weather has been wet and miserable for most of this year so far, that is hardly much different from most of last year. In any case I work from home, so I don't have a nasty commute to deal with.

Yesterday morning I woke up to see it had snowed - a sight I usually love - but I have to say it didn't make me want to go outside and build a snowman. All I felt like was going back to bed and hibernating until spring gets here.

From chatting to friends, I realise that I'm not alone in suffering the winter blues. And, apparently, the  gloomiest day of 2013 is likely to be next week. Monday 21st January, also known as Blue Monday, is considered to be the most depressing day of the year due to factors including poor weather conditions, low motivation and the time elapsed since the end of the Christmas holidays.

Now, it is common knowledge that making the most of daylight can make us feel more cheerful during the dark time of the year. I was reminded of this yesterday, when I was browsing through emails while struggling to get the enthusiasm to tackle my work, by a well-timed press release from a company that makes conservatories. The press release was about a survey by Anglian Home Improvements into the impact of reduced daylight over the winter months which found that the majority of us feel it has a negative impact on our well-being.

According to the study, those living in North East England are worst affected by the winter blues, with 87% saying the reduction in daylight over the winter months has a negative effect on their mood. At a national level, 79% feel the shorter days influence their mood.

While a lack of motivation during the winter is common, the study found that the overall impression varies from one side of the county to the other, from 84% of those in the North East to only 72% in the South West noticing any impact at all.

Seeing as there are still more than two months to go before we reach British Summer Time, this isn't the most cheerful of tidings. Of course, the home improvement company behind the press release thinks this means we should all go out and buy a conservatory, preferably from them.

According the the press release, Melanie McDonald, Head of Marketing and Communications at Anglian Home Improvements, said: “The survey shows a clear link between natural daylight, mood and motivation. Many of Anglian’s customers have told us they feel happier in the winter after installing a conservatory as they can spend time watching what’s going on in the garden and make the most of the available daylight, so it’s encouraging to learn that little changes – like making sure you sit near a window or somewhere with as much natural light as possible – can make a big difference to how we feel and cope with winter.”

Nice for those who can afford a new conservatory, I guess. If, like me, that is beyond your budget, the press release does say that you can help keep your spirits up on Blue Monday and beyond by ensuring you get as much natural light as possible, even if you’re indoors, by sitting by a window.

Personally, I'm going to make more effort to actually get outdoors and experience some real daylight - even if that is just a walk in my local park. And if we get more snow, maybe I'll build that snowman after all.

I definitely agree with more natural light = better mood. I always feel happier and more content in myself if I get outside more in winter.

Absolutely with you on this one - I even posted about it yesterday - you are not alone by any means. I think all we can do is recognise the reason for our moods and try to do what we can to alleviate it. I take the dog out every day - it does help - a bit.

So thats why there are so many conservatory adverts! Sometimes it is an effort, if its a day off work but I find if I take my camera with me the benefits outweigh the inconvenience of freezing feet