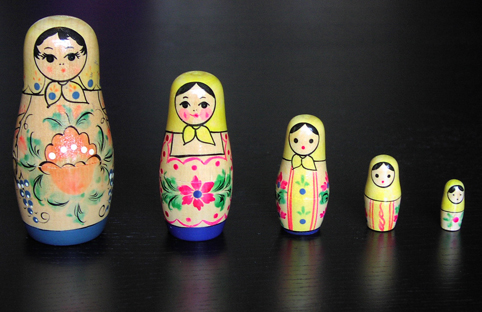 This weekend there are two celebrations in London to mark world festivals.

Maslenitsa, the Eastern European Festival to mark the return of the sun and the end of winter and which has its roots in both pagan and Christian traditions, is being celebrated in London on Saturday, 16 March. This is a free event in Trafalgar Square with music, crafts, food, theatre for children, games, demonstrations of craft skills and stalls selling souvenirs. Anyone going there can also enjoy food such as blini (pancakes). Blini are enjoyed just before Lent in Eastern Europe, much like their equivalents are eaten on Pancake Day in England.

The VandA Museum is also putting on a Russian fashion show for Maslenitsa, and Waterstones in Piccadilly is hosting a Russian literary event. You can find out more on the Maslenitsa Festival website: http://www.maslenitsa.co.uk/

On Sunday, it is the turn of the Irish to celebrate with the annual St Patrick's Day Parade.

I know some pagans refuse the celebrate St Patrick's Day because the Christian saint has the reputation of banishing the druids from Ireland, symbolised by the idea that he drove all the snakes into the sea. Neither idea is historically accurate, however. The Ice Age was responsible for Ireland's lack of snakes and there is no particular evidence of him putting an end to druidry in the country. Those Irish pagans who like to celebrate their national day without reference to any Christian saints can always just think of this festival as a heritage day and still enjoy the fun.

The St Patrick's Day Parade, on 17 March, involves marching bands, floats, street theatre and more. This year's parade starts at 12 noon in Piccadilly. It proceeds to Trafalgar Square, where you can enjoy the free St Patrick's Day Festival until 6pm. Something worth looking out for is the Puca, a giant inflatable dragon, winding its way through the streets during the parade. In Trafalgar Square there will be dancing; a comedy tent hosted by the London Irish Comedy Festival; films and a food market.

You can find out more here: http://london.gov.uk/events/st-patricks-day-parade-and-festival

The photo at the top shows a set of Russian Matryoshka nesting dolls  that I have owned for some time. The photo bottom right shows Saint Patrick from a stained glass window in the Cathedral of Christ the Light, Oakland, CA. http://en.wikipedia.org/wiki/St._Patrick