Images and Reflections of The Thin Veil of London 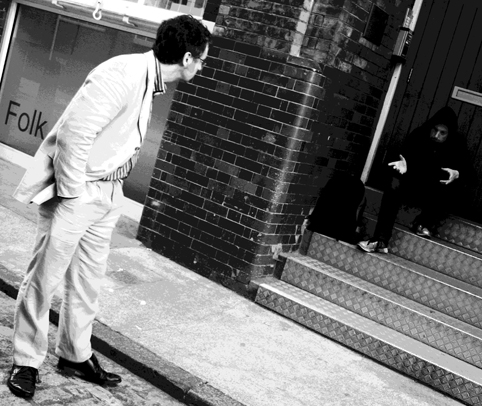 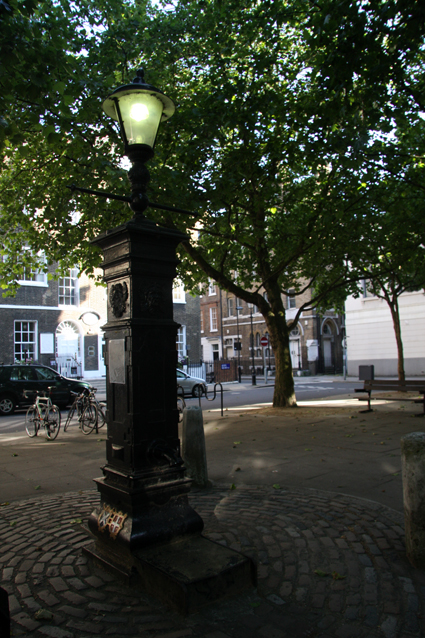 A thin veil lies between the grey normality of London's streets and the bright, colourful vistas of otherworldly realms - realms that can be reached through madness, magic and the visionary imagination of writers such as Arthur Machen. On Sunday, I took part in an event called The Thin Veil of London, that explored parts of Bloomsbury and Holborn depicted in Machen's tales.

I was going to call The Thin Veil of London a guided walk - but it was more than that. Part perambulatory theatre, part street art, part philosophical debate; it began with a straightforward talk about mad King George. King George III was treated at what is now the National Hospital For Neurology and Neurosurgery in Queen Square. He lived during the 18th century - the Age of Reason - and reason was considered to be the opposite of madness.

The 18th century was also the era of the Romantic Poets, advances in industry, great social change and much debate about the nature of reality. Many of England's influential thinkers from then onwards - scientists, poets, writers and philosophers - lived around London's Bloomsbury district. 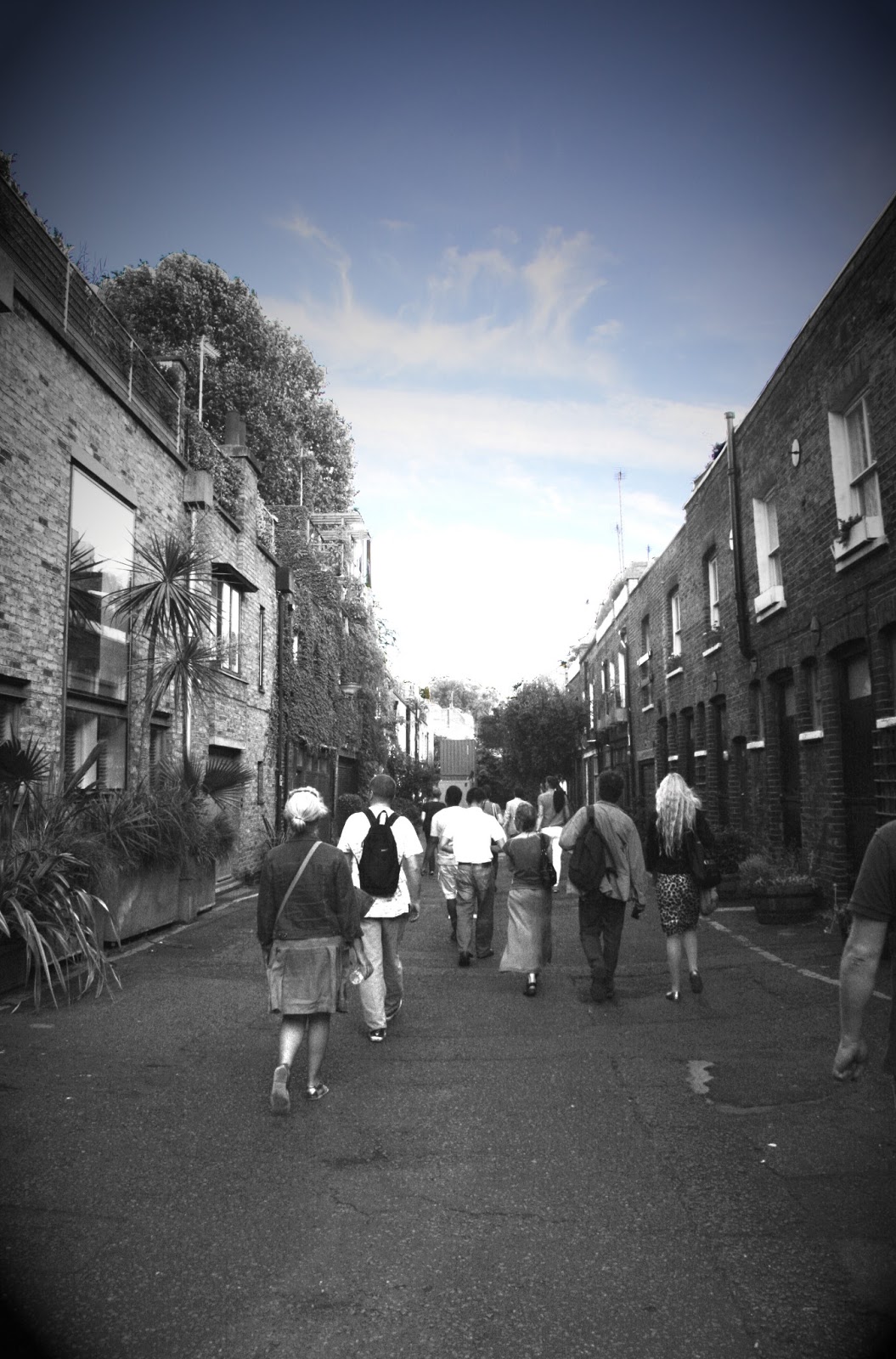 It was their words - often the arguments of those with conflicting views - that The Thin Veil of London explored. The walk was led by Robert Kingham, who read excerpts from the books of Arthur Machen and others as well as talking about the varied beliefs, dreams and delusions of those who lived in the area.

Things like madness and sanity, science and magic, or religion and atheism are seen as opposites. Yet the greatest insights can be found on the border where those opposites meet. That Eureka! moment. That is when the thin veil lifts; sometimes to reveal profound wonders, but more often to show terrifying horrors that drive those who see them into madness or death. That, of course, is often the fate of characters in Arthur Machen's tales.

You might have noticed that the photos on this page are oddly coloured - harsh monochrome at the top, unnaturally bright at the bottom and mixture of the two in the image to the left - while the image top right shows the contrast of a lit street lamp on a bright sunny day. I picked and altered the photos in an effort to better get across my impressions from the event. Ordinary pictures of London streets didn't do it justice.

There are still tickets available for other dates over the summer for the Thin Veil of London. For more information, and to book tickets, visit the Minimum Labyrinth website: http://www.minimumlabyrinth.org/the-thin-veil-of-london.html  There is also a companion book available, written by Rich Cochrane and Robert Kingham. It costs £12 and you can order it here: http://www.lulu.com/spotlight/thin_veil_of_london 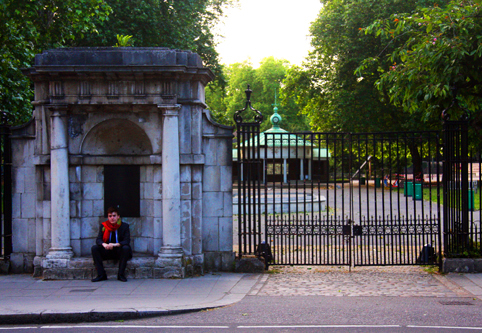