Back to Magic School: The Magical Consciousness 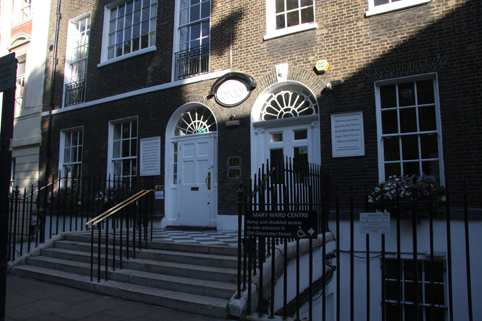 Fancy learning about the history of magic, mythology and symbolism? Esoteric lecturer Ken Rees is running a series of evening classes called The Magical Consciousness this autumn at the Mary Ward Centre in London (pictured above).

According to the course description, the classes cover the traditions of alternative ways of thinking in cultures including Western rationality. These ways of knowing have been expressed in many forms, including Renaissance Hermeticism, the Rosicrucian enlightenment as well as various psychological and practical disciplines deriving from the Judao-Christian matrix.

Such perspectives can be summed up by the term ‘the magical consciousness’ and their underpinnings include symbolic discourse, mythology, Neo-Platonism and Gnosticism. For example, alchemy, the Jewish kabbalah and theurgy all ultimately shared similar philosophies of magic that have had innumerable devotees throughout the ages, never fully dying out. They’ve only been partially submerged by the tide of later scientific thinking and rationalistic worldviews.

Increasingly, from the 18th century right through to the 21st, we have seen revivals of interest in such traditional thought forms and practices informing esoteric spirituality. These have found expression in a variety of cultural phenomena including Rosicrucianism, the Hermetic Order of the Golden Dawn, the Theosophical Society and esoteric Christianity.

You can learn about the magical consciousness at the six-week course on Tuesday evenings from 8pm to 10pm, starting on 24 September and running until 29 October. Fees are £48, or £18 for concessions. If you want to enrol, The Magical Consciousness is course No: 437 at The Mary Ward Centre, Queen Square, London WC1N 3AQ. The nearest tube stations are Holborn and Russell Square. For more details, call 020 8671 6372, email: kenrees@talktalk.net or visit www.marywardcentre.ac.uk. For enrolment, call 020 7269 6000/6005.

If you want to attend one class for free as a taster session to decide if you want to book for the course, email: kenrees@talktalk.net
Posted by Badwitch at 08:00