Event: Taking a Walk into a City of Conspiracy 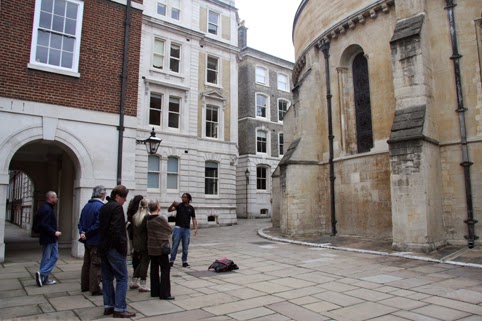 You don’t have to be a conspiracy theorist to enjoy a good conspiracy theory – and, according to Hip-Hop artist turned writer Jonny Virgo, London offers conspiracies on every street and every level. He now leads walking tours into the City of Conspiracy every weekend, offering a glimpse into some of London’s secrets and mysteries. It sounded just my cup of tea, and I signed up for one last weekend. 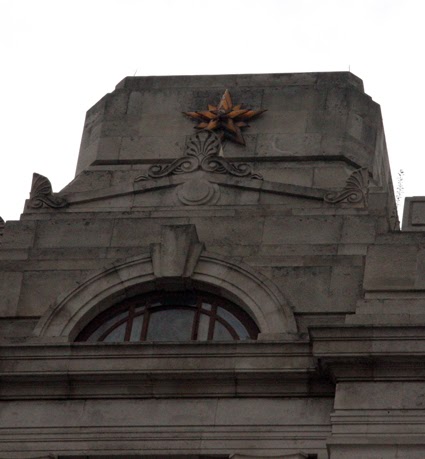 The tour began at Covent Garden, which turned out to be a very popular starting point for walks of all kinds and I nearly got detoured into a cup-cake walk that was setting off from the same point. I’m still not quite sure what a cup cake walk entails – apart from presumably eating cakes – but I may have to find out another day.

Cake or conspiracy dilemma resolved, Jonny first led our group to Freemason’s Hall where he talked about the symbolism you can see on the outside of the building. This included the five-pointed star (pictured right) that recurs as an important emblem in various cultures and organisations. In Wicca, of course, it symbolises the five elements of earth, air, fire, water and spirit, but it is a motif with many meanings.

Numerous influential occultists of the past few centuries have been Freemasons, including members of the Golden Dawn (the magical group the Golden Dawn that is, not the right-wing political party). Another occult stop-off on the walk was outside a flat where Aleister Crowley once lived, at a time when he was a member of the Golden Dawn. You can see Uncle Al’s old flat above a shop in the photo to the left.

From there, the walk headed past Temple Church, which was once owned by the Knights Templar, and then into the City itself where Jonny talked about modern conspiracy theories involving high finance, politics and sex.

As I mentioned earlier, Jonny Virgo is a writer and his new book, also called  City of Conspiracy, is due out later this month. I’m looking forward to reading it. It should downloadable from his website over the next week or so, or you could order it from Amazon - where you can also download his Hip Hop album Imma Be There.

The walks are suitable for those aged 12 years and older and tours run at the following times: Thursdays 8pm; Fridays 8pm and 10pm; Saturdays 11am, 1pm, 3pm, 5pm, 9pm and Sundays 1pm, 3pm and 6pm. You can find out more at: http://www.cityofconspiracy.com email info@cityofconspiracy.com or call 07968629011. 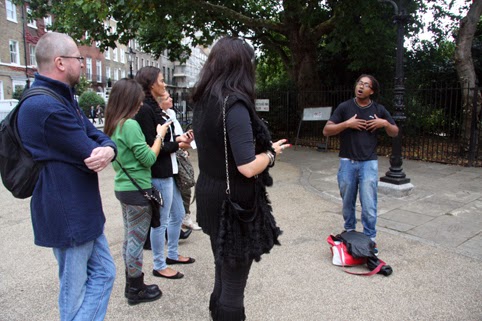 Its look like you are doing so much of R&D for these blog, I really appreciate you very much.