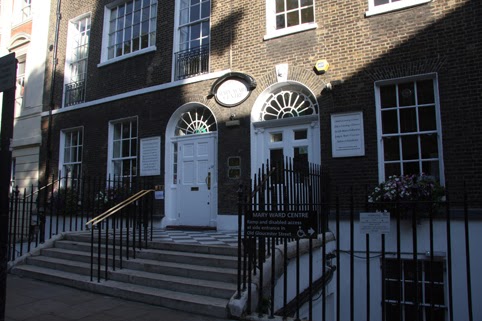 If one of your New Year Resolutions is to learn more about esoteric history, here are the details of a great series of evening classes to sign up for.

Classical Mystery Traditions of the Past is being run by Ken Rees at the Mary Ward Centre (pictured), in central London, on Tuesday evenings. Here's the write-up:


Alongside the developing mainstream religion of Christianity and its early competitors, the Gnostics, there were a variety of alternative options available both within philosophy and esoteric spirituality. This course traces some of these currents noting the geographical spread of the various Mystery Traditions and the time periods during which they were popular.

Examples will include the Eleusinian Mysteries of classical Greece together with their Dionysian/Bacchic counterparts. The importance of the Orphic tradition is also noted as is the significance of Egypt, particularly the mysteries of the goddess Isis. Nor will be the path of the warrior, Mithraism, be ignored. We raise the question - did the early British themselves have mysteries? - And look at earlier romantic understandings of the place of the ancient Druids in this context.

Key issues to be discussed include what actually happened in these, often secretive, enclaves; what were the traditions’ fate and why they died out; plus the vital importance of initiation and rebirth in facilitating ways for achieving transformation and a hoped for immortality. Thus we will assess the value of the early mystery tradition ethos for both the surrounding culture and for the individual.

Tutor Ken Rees said: "My Spring 2014 course is particularly important from the point of view of initiatic traditions These have provided the models for early modern and modern mystery traditions like Freemasonry, Hermetic Order of the Golden Dawn and the Wicca. Thus relevant for any serious student of, or indeed, participant in esoteric work."

Classical Mystery Traditions of the Past is on Tuesdays from 8pm – 10pm. The six-week course runs from 14 January to 18 February 2014. The fees are £48 or £18 for concessions, and you can pop along to one class for free to see if it is something you are interested in enrolling for. For enquiries, call 020 8671 6372, email kenrees@talktalk.net or visit the website www.marywardcentre.ac.uk