Love is the Law - Musings in Crowley's London 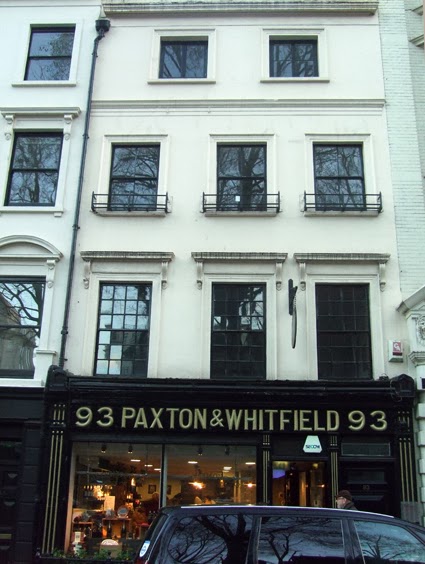 Last Sunday I was taken on a walk into Aleister Crowley's London  - with stops along the way to visit places associated with Gerald Gardner, Madeline Montalban, John Dee and a few others. My guide for the walk was Jon Randall, and it was an extended version of a very successful Occult London Walk he normally runs in the summer.

But Crowley was the main theme that day - and to the right you can see photos of two of the flats Uncle Al lived in. Talk along the route was less about the magical workings that Crowley and his cronies attempted, and more about the scandals of his life - and highly entertaining Jon's anecdotes were too.

I've heard Melissa Harrington describe Crowley as a great magician, but a terrible man. With Valentine's Day this week, and thoughts turning to matters of love, it got me thinking about Crowley's most famous quote: "Love is the law, love under will."

Of course, that is really the second part of his famous quote, the first part being: "Do what though wilt shall be the whole of the law." That first bit is often popularly given on its own and, looking at Crowley's life, the part that The Great Beast himself was best at following.

But what does the second bit, the bit about love, really mean? It certainly isn't as straightforward as a simple instruction to do what you want.

I take it to mean that love is the most powerful force in the universe and that doing what we want while guided by love will bring the greatest happiness to everyone. To me, the concept of doing what one wants, guided by love, is a bit like learning to be assertive - and just as misunderstood.

Many people use the term "assertive" as meaning the same thing as "aggressive". It doesn't. In fact, assertiveness skills are all about having the self-assurance to effectively ask for what you want, while respecting the needs of others too. By calmly explaining what you want, but also listening to what they want, you can often discover a solution to a problem where everyone ends up happy. The best outcome of being assertive is the win-win situation.

And the message from that this Valentine's Day could be, if there is someone you love - tell them. Let them know your true feelings. Don't be shy, just let the words come from your heart and be respectful.

Valid comments. BTW there is no need to post comments twice. Comments to older blog posts wait to be moderated.